Frederick A. Murphy, a 1964 Ph.D. graduate of the School of Veterinary Medicine, was awarded the 1988 School of Veterinary Medicine Alumni Achievement Award. Murphy is the director of the Center for Infectious Diseases at the Centers for Disease Control in Atlanta, Georgia. The award was presented at the School's Commencement ceremony on Saturday, June 11.
A veterinarian by profession, Murphy's career has been marked by a number of significant accomplishments in RNA virus research and classification. Murphy and his co-workers were among the first to characterize what is thought to be a new family of viruses made up of Marburg and Ebola viruses. These close relatives were first identified in Africa and are believed to be distinct from all other viruses. The Marburg virus infects African green monkeys and causes an often fatal hemorrhagic fever in humans. Ebola virus results in high fever, muscle spasms, internal bleeding, and death.
These new viruses are considered to be some of the most virulent viruses in the world as they cause death almost before individuals affected with them show any clinical evidence of disease.
Murphy's work with rabies virus has also been significant. Even though rabies was identified as one of mankind's worst infectious diseases in the 1800's when it was demonstrated that the disease could be passed from organism to organism by means of infected tissue, it wasn’t until Murphy's laboratory established the pattern of rabies virus infection in the body that the disease was fully understood. Rabies is a member of the Rhabidovirus family and is present in the saliva of infected animals. It is generally transmitted via a bite. Murphy's laboratory described the infectious events that take place in the salivary glands and in muscles that enable the infection to eventually travel through nerve pathways to the central nervous system causing death.
On the international scene, Murphy has been an active member of the International Committee on Taxonomy of Viruses. He has played a key role in the orderly naming and classification of virus families.
According to Edward Rhode, dean of the School of Veterinary Medicine, Murphy's varied interests and impressive publication record have been an important factor in making him a valuable link between veterinary medicine, medicine, and the field of public health. "This award recognizes an individual who has made important contributions to veterinary science and to the advancement of human welfare," said Rhode. "Frederick Murphy's work with viral structure and the origins and development of viral diseases certainly qualifies him on both counts. He has contributed much to the quality of human and animal health."
Murphy received his B.S. degree in bacteriology in 1957 and his D.V.M. degree in 1959 from Cornell University. He received his Ph.D. in comparative pathology in 1964 from the University of California, Davis, where he was a Public health Service Postdoctoral Fellow.
In addition to being awarded the Alumni Achievement Award, honors bestowed on Dr. Murphy include an honorary doctoral degree from the University of Turku, Finland, election to the German Academy of Natural Science Leopoldina, and the K.F. Meyer Gold-headed Cane Award in Epidemiology.
He is associated with many professional organizations including the American Society for Virology, American Society for Microbiology, Infectious Diseases Society of American, and American Society of Tropical Medicine and Hygiene. He is currently editor-in-chief of the ARCHIVES OF VIROLOGY and associate editor of VIROLOGY. 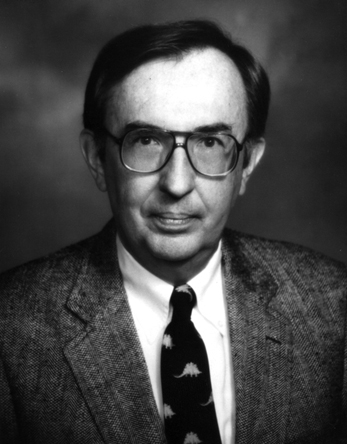