Ferraro, director of the Center for Equine Health, University of California, Davis, School of Veterinary Medicine, is recognized for leadership and dedication to the advancement of equine health and welfare.

Ferraro has contributed to the health and well-being of horses through clinical practice, veterinary medical education and research. He has authored more than 50 scientific papers and articles on equine health. As a racehorse surgeon, he pioneered the adaptation of arthroscopic surgical techniques established in human medicine to equine veterinary medicine. At the Center for Equine Health, he has engaged faculty members and resident veterinarians who represent the spectrum of basic and clinical research disciplines, and he has established research initiatives that include the Bernice Barbour Communicable Disease Laboratory.

In 1976 Ferraro took the lead in establishing the Southern California Equine Foundation. The foundation, with Ferraro as president and hospital administrator, and in partnership with the Dolly Green Research Foundation in Arcadia, California, revolutionized equine racetrack practice by building an on-site hospital facility for use by all attending veterinarians to protect and advance the welfare of equine athletes. Their model of an on-site racetrack hospital has been emulated at racing venues throughout the world. The foundation partnership was also responsible for development of the Kimzey Equine Ambulance and the Kimzey Breakdown Splint, which have greatly improved veterinary care for severely injured horses.

Ferraro earned his D.V.M. degree at UC Davis School of Veterinary Medicine in 1971. He practiced clinical equine medicine and surgery in Southern California from 1971 to 1997, and was assistant and associate professor of surgery in the Department of Surgical and Radiological Sciences at the UC Davis School of Veterinary Medicine from 1979 to 1996. In 1998 he was appointed director of the Center for Equine Health. 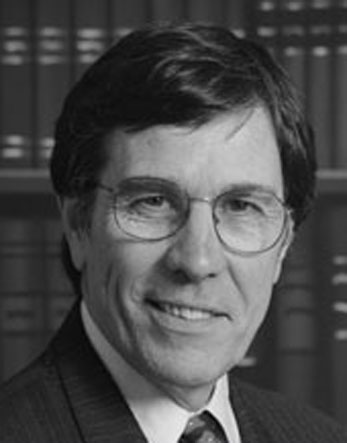 Kotlikoff, professor of biomedical sciences and dean of the College of Veterinary Medicine, Cornell University, is being recognized for his contributions to cardiovascular research and leadership in academic veterinary medicine.

Kotlikoff has made important contributions to understanding of the molecular processes underlying cardiac and smooth muscle function. He has made numerous contributions to the understanding of muscle excitability and the regulation of intracellular calcium release. Recently his laboratory has pioneered the use of genetically encoded protein sensors to understand cellular signaling in vivo. He has long been an advocate for advancing veterinary medicine through research and attracting veterinarians to research and academic careers, and has promoted and facilitated universitywide mammalian genetics and genomics research at Cornell University.

He has published more than 100 research papers including a recent featured article in the journal Nature on cardiac repair, served as a reviewer on numerous editorial boards and study sections. He is currently senior editor of The Journal of Physiology and has been appointed to the Board of Scientific Counselors of the National Heart, Lung and Blood Institute/National Institutes of Health.

Kotlikoff completed his veterinary degree (V.M.D.) at University of Pennsylvania in 1981 and Ph.D. in physiology at the UC Davis School of Veterinary Medicine in 1984. He has served on the faculty of the University of Pennsylvania School of Veterinary Medicine as professor and chair of the Department of Animal Biology, and on the faculty of the School of Medicine in the Cardiovascular-Pulmonary Division and Department of Medicine. From 1998 to 2000 he was director of the Center for Animal Transgenesis and Germ Cell Research. 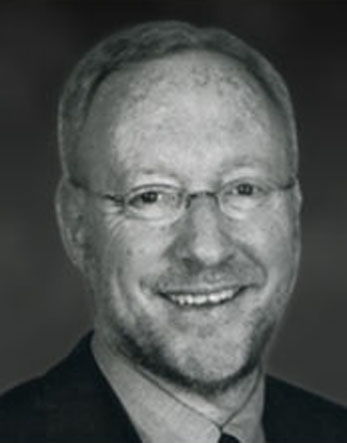 Lasley, professor emeritus and associate director of the Center for Health and the Environment, University of California, Davis, is being recognized for his contributions to research and education in the field of comparative endocrinology.

Lasley’s research initially focused on primate and human reproductive endocrinology, and grew to include studies of domestic and wild animal reproduction. He developed a variety of novel endocrine assays that facilitated a virtual revolution in non-invasive monitoring of reproductive function in a wide range of species including ungulates, marine mammals and birds. At UC Davis, he designed, built and validated assays to detect biomarkers in order to assess the effects of toxicant exposures, stress and disease on fertility and fecundity in human populations. He also pioneered studies establishing bioactivity and immunoactivity indices as prospective markers of exposure and reproductive loss. He has advanced the primate model of human reproduction and helped to establish UC Davis as a leader in the study of primate reproductive toxicity.

Lasley earned his Ph.D. in physiology at the UC Davis School of Veterinary Medicine in 1972. He received postdoctoral training in reproductive endocrinology at UC San Diego and was staff research endocrinologist at the San Diego Zoo from 1975 to 1985. He was professor-in-residence in the Department of Reproduction, School of Veterinary Medicine, UC Davis, and Department of Obstetrics and Gynecology, School of Medicine, UC Davis, from 1985 to 1992. He was then appointed professor in the Department of Population Health and Reproduction at the veterinary school and Institute of Toxicology and Environmental Health at the medical school. Since 1995 he has also held the position of professor in the Department of Obstetrics and Gynecology, where his service has included the role of chief of the Division of Reproductive Biology.

He has served on national and international committees such as the Study of Women Across the Nation, Science and Technology Committee of the American Zoo Association, and the Leakey Foundation grant review committee; and been a reviewer and editor for leading scientific journals including Biology of Reproduction, Fertility and Sterility, Journal of Reproduction and Fertility, Journal of Wildlife Management, American Journal of Primatology, and Steroids.

In 1978 Lasley received the Rolex Award for Enterprise for developing a non-invasive means to identify the sex of monomorphic birds, and in 2006, he received the Duane Ulrey Achievement Award from The American Associations of Zoo Veterinarians for contributions to zoo animal health. 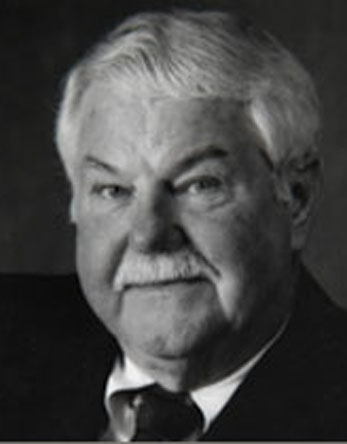 Madigan, professor of medicine in the Department of Medicine and Epidemiology, School of Veterinary Medicine, University of California, Davis, is being recognized for his contributions to equine medicine, newborn foal care, and animal welfare and rescue.

Madigan has published more than 130 scientific papers, carried out pioneering research in equine neonatology, and discovered the pathogenesis of multiple equine infectious agents including Anaplasma phagocytophilum, Neorickettsia risticii, Borrelia burgdorferi, and novel prevention methods for Rhodococcus equi. He is faculty adviser and largely responsible for development of the Lucy Whittier Molecular and Diagnostic Core Facility, the first such laboratory to provide molecular biology services for the detection of infectious agents and gene expression, and to provide expertise in the analysis of nucleic acids to assist basic scientists, clinical researchers and practicing veterinarians.

Madigan has made important personal and professional contributions to animal welfare. He was instrumental in the development of the UC Davis Anderson Sling and the UC Davis Large Animal Lift, state-of-the-art equipment for both emergency medicine and large animal rescue. He has actively engaged in several rescue operations for animals in natural disasters such as floods and fires, and been the driving force behind the UC Davis Veterinary Emergency Response Team, a group of volunteer faculty, staff and students who assist with animal rescue and veterinary care during disasters. 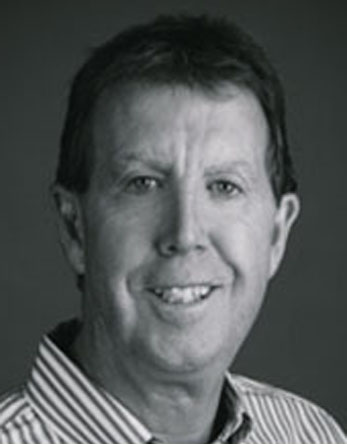 Newton, founder, president and CEO of Esperion Therapeutics, Inc., is being recognized for his contributions as a pioneer in atherosclerosis and cardiovascular pharmacology research.

Newton, a fellow of the American Heart Association, is a pioneer in atherosclerosis research and in the development of agents regulating blood cholesterol.

Working for Warner-Lambert Company from 1981–98, which merged with Pfizer, Inc.in 2000, he and his team discovered and developed atorvastatin (Lipitor), the mostly widely prescribed statin drug. Lipitor, which has helped millions of people effectively treat elevated levels of LDL cholesterol, has also been shown to reduce heart attacks in patients with cardiovascular disease due to atherosclerosis. During the time he served as senior vice president and director of Esperion Therapeutics, recently divested from Pfizer Inc., infusion of a synthetic HDL (ETC-216) was shown to cause regression of atherosclerosis in the coronary arteries of patients with heart disease.

Newton earned his Ph.D. in nutrition at the University of California, Davis, School of Veterinary Medicine in 1980. Working in the laboratory of his major professor, Richard Freedland, Ph.D., in the Department of Physiological Sciences (now Molecular Biosciences), he became not only a nutritionist, but also a biochemist, working out the details of hydroxycitrate and agaric acid inhibition of hepatic fatty acid synthesis. Newton completed a postdoctoral fellowship at UC San Diego in 1981, where he carried out research on the regulation of hepatic lipid and lipoprotein metabolism using metabolic substrates and inhibitors, including the first statin compound to inhibit cholesterol synthesis.

Newton is chair of the Board of Directors for Golden Courage International, which provides programs and services for Chinese children affected and/or orphaned by AIDS and for vulnerable and underserved Chinese. He is also founder and president of the Esperance Family Foundation, a family run organization supporting other non-profit organizations with national or international programs addressing human potential, social justice, health, and the environment. Newton also serves on the board of directors of two biotech companies and on the national advisory boards of a number of university research centers. He is a member of the Cal Aggie Alumni Association and the UC Davis Chancellor’s Club. In 2005, Newton and his wife, Coco, established the Dr. Richard Freedland Endowed Fellowship in the Department of Molecular Biosciences. 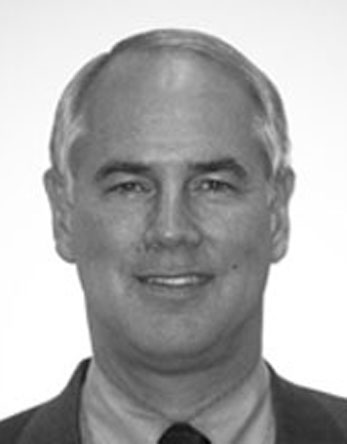 Scagliotti, co-medical director and ophthalmologist, Eye Care for Animals, Inc., a national veterinary specialty group, is being recognized for his leadership in specialty practice and his mentoring in the field of veterinary ophthalmology.

For more than 30 years he was a volunteer associate clinical professor in the Department of Surgical and Radiological Sciences, UC Davis School of Veterinary Medicine, a role in which he contributed to the education of hundreds of veterinary students and residents, served as a mentor and offered clinical rotations in private practice. He also initiated and fostered business models that have become the standard for specialty practice.

Scagliotti earned his D.V.M. degree at the University of California, Davis, School of Veterinary Medicine in 1973, and completed a residency in ophthalmology here in 1976. After completing an internship at Angell Memorial Hospital in Boston in 1974, he completed an M.S. degree in comparative pathology and became a diplomate of the American College of Veterinary Ophthalmologists in 1977. In the same year he co-founded the Sacramento Animal Medical Group, a referral and general veterinary medical group with 12 hospitals and two emergency clinics, and served as staff ophthalmologist. He also co-founded an internship program that is now a part of the VCA Sacramento Animal Medical Group and continues to train residents and interns.

In 1999 he became vice president of medical operations and quality control, and also co-chief of medicine and co-hospital director for National Pet Care Centers. Since 2002 he has been a principal owner and member of the board of directors of Eye Care for Animals, Inc., one of the nation’s premier referral hospitals for veterinary ophthalmology. 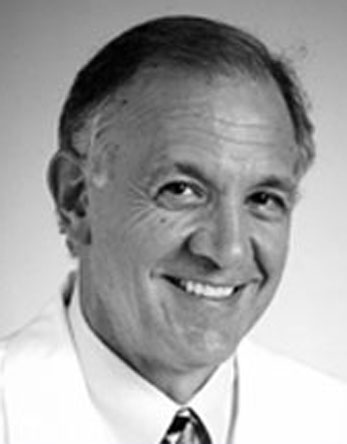