Robert Baker earned his DVM degree at UC Davis in 1954, and then served in the Veterinary Corps of the U.S. Air Force. Following his military service, he established a private veterinary practice, and in 1970 built an equine surgical facility in Chino, California. The Chino Valley Equine Hospital, which gained international fame, rivaled surgical hospitals found in many academic institutions.
Baker, now retired, applied his exceptional knowledge of equine medicine and surgery and incorporated new scientific developments into his practice of clinical veterinary medicine throughout his career. As part of his contribution to providing outstanding service to colleagues and the community, he established a system of internships at his hospital in which he trained nearly 30 young practitioners between 1975 and 1990.
Baker was the first recipient of the Dan Evans California Veterinary Medical Association (CVMA) Award, is a Life Member of the Southern California Veterinary Medical Association (SCVMA), and has served on the Board of Governors of both the CVMA and SCVMA, and as director of the American Association of Equine Practitioners.
Widely sought as a seminar speaker by equine veterinary groups and associations throughout the world, he has presented several invited papers to the Equine Section of the American Veterinary Medical Association over the years, and has presented invited lectures and demonstrations in the United States, Europe and Asia.

Elizabeth Stone earned a DVM degree at UC Davis in 1976, and an MS degree in physiology at the University of Georgia in 1980. Stone became assistant professor of surgery at the College of Veterinary Medicine, University of Pennsylvania. In 1984, she joined the faculty of the Department of Companion Animal and Special Species Medicine at the College of Veterinary Medicine, North Carolina State University, Raleigh, where she now serves as professor and department head. In 1993, she earned a Masters of Public Policy degree at Duke University.
Stone served on the national PEW Advisory Panel for Veterinary Medicine and has been a major force in development and implementation of Pew Health Professions initiatives. She also served as American Association of Veterinary Colleges representative to the USDA Advisory Council in the area of Food and Agriculture Education Information Systems. She contributed time and energy to the research future of veterinary medicine as chair and member of the scientific advisory board of the Morris Animal Foundation.
Stone, a highly respected surgeon who has been innovative in development of urogenital surgery techniques in companion animals, served as president and chair of the board of regents of the American College of Veterinary Surgeons from 1992 to 1994. In 1992, she coauthored a textbook in veterinary urology titled, “Urologic Surgery in the Dog and Cat,” and in 1995, was awarded the Norden Award for Teaching Excellence. In addition, she participated in charter examination of the European College of Veterinary Surgeons in 1993." 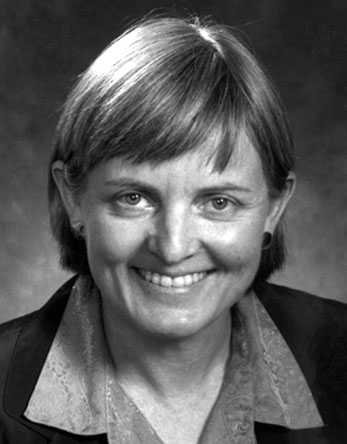