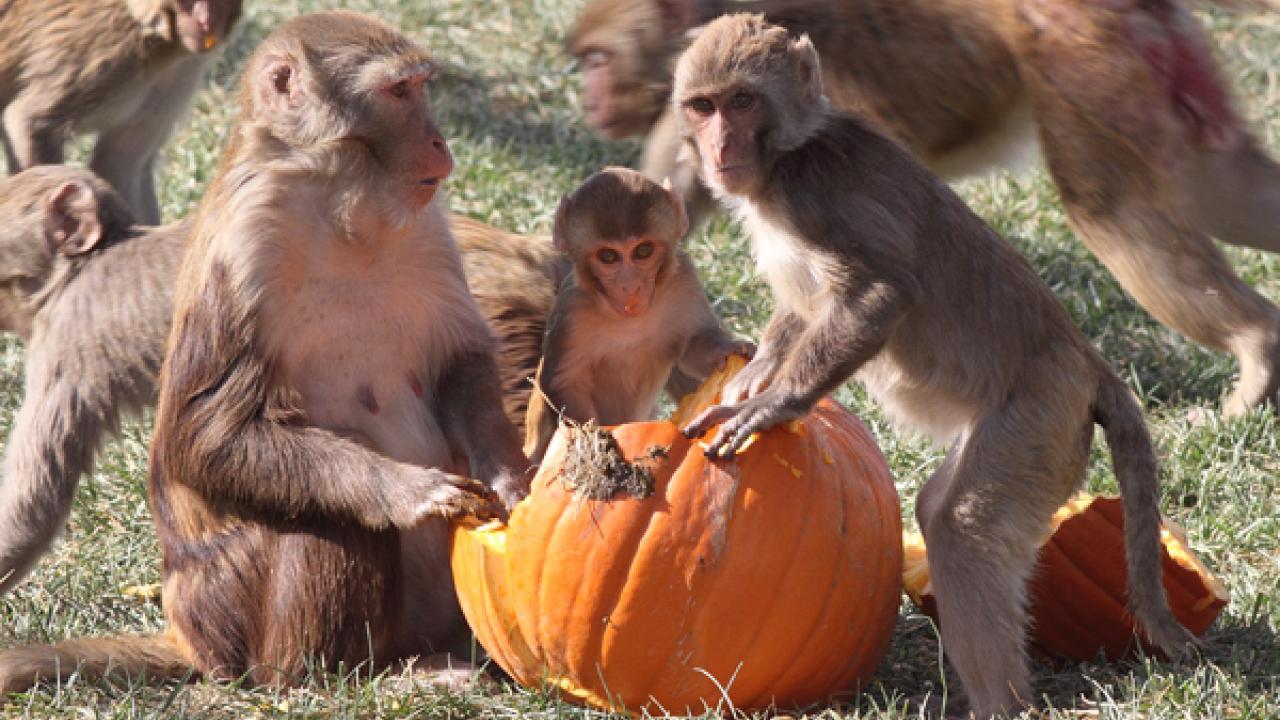 Monoclonal antibodies protected aged, diabetic rhesus macaque monkeys from disease due to SARS-CoV-2 and reduced signs of inflammation, including in cerebrospinal fluid, according to a new study from researchers at the University of California, Davis. The work is published Oct. 18 in the journal Cell Reports.

The data show that neutralizing antibodies prevent the adverse inflammatory consequences of SARS-CoV-2 infection, the authors said. The results help explain how antibodies, whether induced by vaccines or after infection, or given as a treatment, can affect the course of disease. They also suggest that antibodies could be given as a preventative treatment to people at high risk, such as elderly residents during an outbreak in a nursing home.

“COVID-19 is more severe in elderly people and those with pre-existing conditions,” said Smita Iyer, associate professor of pathology, microbiology and immunology at the UC Davis School of Veterinary Medicine and Center for Immunology and Infectious Disease, and a core investigator at the California National Primate Research Center.

“The elderly and diabetics tend to be immunosuppressed, but if you can get antibody levels high enough, you can prevent severe infection,” she said. Immune responses induced by vaccines are very effective at preventing severe disease and death. But an overwhelming inflammatory immune response could also be responsible for much of the damage of severe infections.

Immune responses induced by vaccines are very effective at preventing severe disease and death. But an overwhelming inflammatory immune response could also be responsible for much of the damage of severe infections.

“We want to know, what are the immune determinants of disease,” Iyer said.

Iyer, graduate student Jamin (J.W.) Roh, postdoctoral scholar Anil Verma and colleagues studied two human monoclonal antibodies that target the spike protein of SARS-CoV-2 virus in aging, diabetic rhesus macaques. At 21 to 22 years old, the macaques were equivalent to humans in their mid-60s. Like many aging humans, they had developed hypertension and diabetes but were otherwise healthy. The animals were infused with antibodies three days before being infected with SARS-CoV-2.

The COVID infections in rhesus macaques were generally mild, especially in animals pretreated with monoclonal antibodies. Control animals had more signs of inflammation in their lungs.

These signs of inflammation in the central nervous system might be connected to neurological symptoms of COVID-19 disease in humans, and possibly “long COVID” in which patients experience an array of symptoms for months after infection.

The work was supported by grants from the NIH.