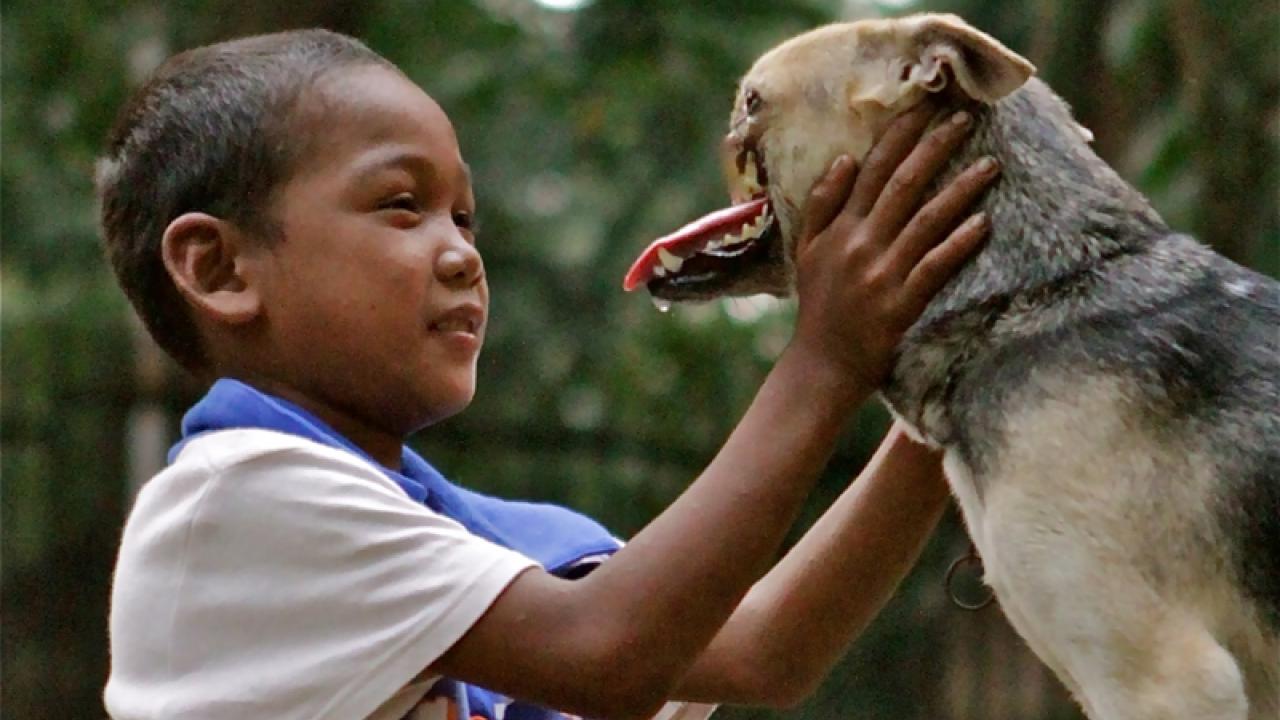 Kabang, a shepherd mix dog, was brought to UC Davis from the Philippines in October 2012 for surgery to repair massive facial wounds caused when her snout was torn from her face after being hit by a motorcycle. After arrival at UC Davis, it was discovered that she also had heartworm disease and a type of infectious cancer, known as a transmissible venereal tumor. Treatment for both of these health problems was necessary before dental and surgical procedures could be performed to deal with her facial wound. Because of the nature of Kabang’s health problems, each treatment had to be successfully completed before the next began. Kabang remained with local caregivers and was treated at UC Davis until June 2013.

Her story was covered by more than 1,000 media outlets on six continents.