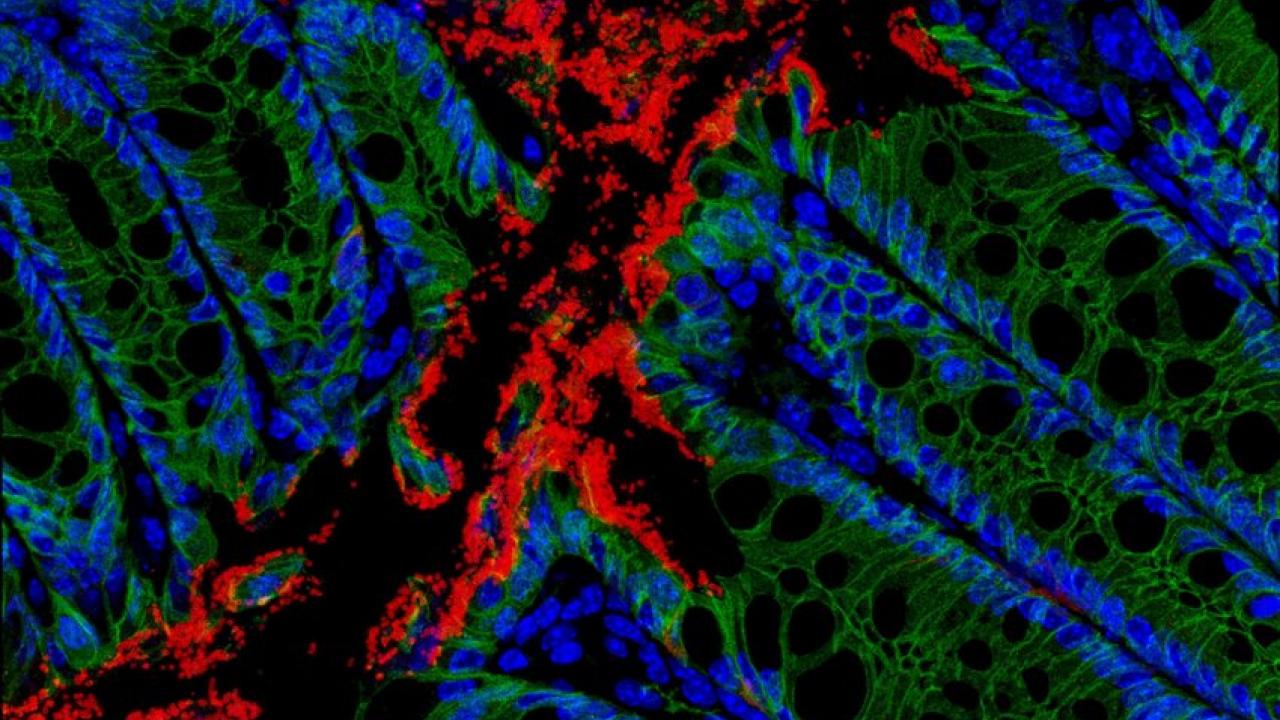 Professor Nicole Baumgarth and Associate Professor Colin Reardon received a prestigious grant from the Chan Zuckerberg Initiative (CZI) today to further basic research on the role of inflammation in disease.

They are among 29 interdisciplinary teams supported by a total of $14 million in funding to explore emerging ideas regarding inflammation. While inflammation is a natural defense that helps our bodies maintain a healthy state, it also plays a role in organ failure, arthritis, heart disease, neurodegenerative diseases like Alzheimer’s, and severe infectious diseases like COVID-19.

Baumgarth and Reardon’ application focuses on novel processes that regulate the immune system in the lung during viral influenza infection. Their research is expected to make findings that can also be applied more generally to better understand immune responses to other viral lung infections, including COVID-19.

Reardon and Baumgarth bring together expertise in immune and nervous system research to look at the bigger question of how to fine-tune the immune system response so that it doesn’t over or under respond to an attack.

“The two systems talk to each other, but we know little about how that happens,” Baumgarth said. “It may work by immune cells making neurotransmitters and that’s where the potential impact of this research comes in.”

Traditionally, neurology and immunology research disciplines have been siloed, Reardon said, but immune cells express receptors for molecules that neurons use to talk to each other.

“If we can break down these silos, there’s the potential to really start to understand different aspects of immune cell biology and regulation that have been ignored until very recently,” he said. “That’s going to be the coolest part.”

Their $300,000 grant will fund two years of research between the two labs with the chance to apply for renewed funding.

Grantee teams are made up of two to three investigators with distinct areas of expertise, including physicians, experimental biologists, technology developers, and computational scientists. The awarded project teams represent 11 countries. View the full list of grantees.

“Knowing more about inflammation at the level of affected cells and tissues will increase our understanding of many diseases and improve our ability to cure, prevent, or manage them,” said CZI Head of Science Cori Bargmann. “We look forward to collaborating with these interdisciplinary teams of researchers studying inflammation.”

These grants build on CZI’s work in single-cell biology supporting the Human Cell Atlas, a fundamental reference for health and disease.