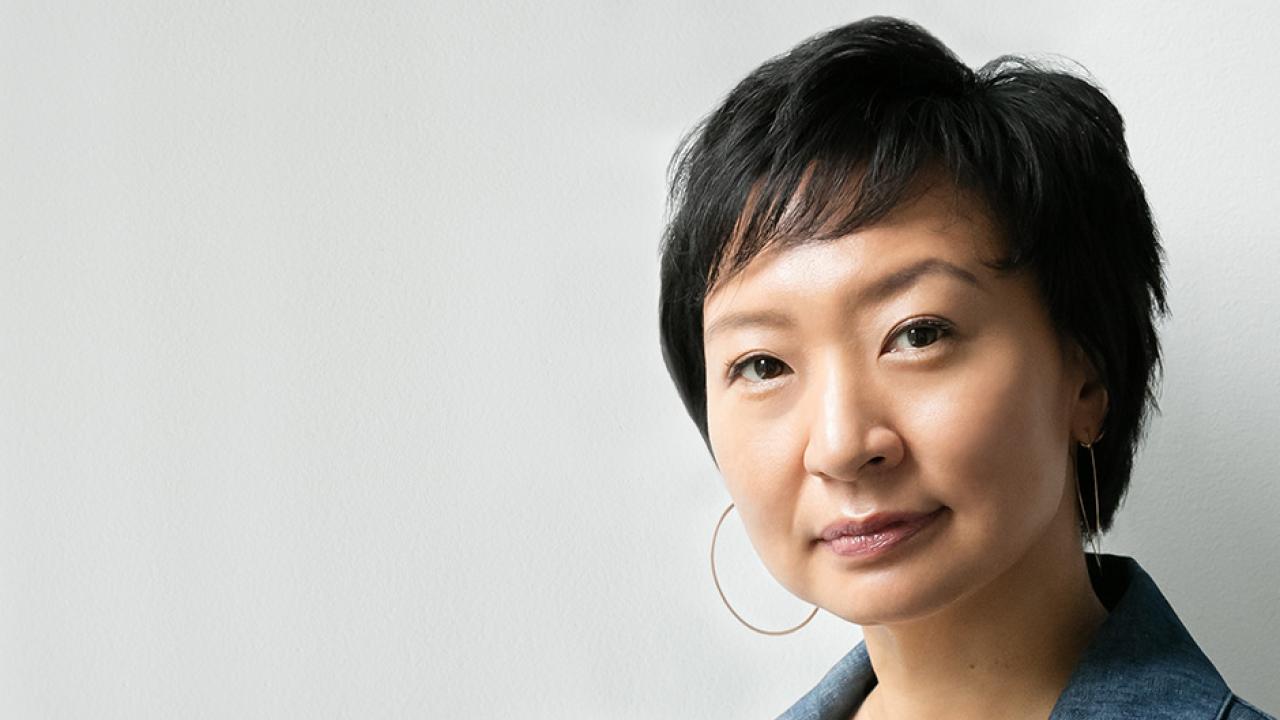 Violent incidents against Asian Americans have risen nationally since the beginning of the pandemic, sparking a national dialogue furthered by "Minor Feelings.” That dialogue has caused discussion and activism in the veterinary profession, including at the school. Hong’s talk coincided with the recent formation of the student-led Association of Asian Veterinary Medical Professionals, something that she commented on briefly in her talk.

Below are select comments from Professor Hong, edited for clarity and length.

Minor Feelings [the concept that inspired the title of her book] is a spectrum of affects or feelings, where you feel like your marginalized or racialized reality is not acknowledged by the dominant culture—White America in this case. And that then causes a kind of cognitive dissonance where you start to question your own reality. They are your feelings of rage that have been made minor by white supremacy, but aren’t minor at all.

Minor Feelings are not the same as microaggressions. It can include that, but it can also include macroaggressions, including violence.

Minor Feelings is also what occurs when you grow up in a country, like the United States, which promises meritocracy and American Exceptionalism but you’re caught in a reality where you don’t have the social mobility that is the ‘promise’ of America.

I urge caution about generalizing what the immigrant experience is. I make an important point in the book, that [the idea of being culturally quiet or a Model Minority] is actually political, not cultural. There is a seed of truth to it, where there are a lot of Asian Americans who grow up in families where they feel discouraged from expressing themselves, but there are also many Asian Americans families who are very loud and are not shy about expressing themselves.

Immigrants—not just Asian, but also Latino or Nigerian or any other cultural group—are often thinking of the sacrifices they made to get here and help their children succeed. They are coming from a place of survival. If you are an immigrant, you’re in a precarious position and you want your children to be secure and safe. And for their children to enter a high-income profession is a way to help them achieve that. So, the parents often see that through becoming a doctor or lawyer, it provides not just income, but status (i.e. increased safety).

When Americans think of shame or quietness, they always assume that it comes from Asian culture, but it’s actually coming from White Supremacy. It’s coming from the history of colonization, oppression and of occupying Asian countries and silencing of Asians. It comes from not being able to express what our reality is. We have been invisible in media, Hollywood and other areas. We are also restricted to the concept of Model Minority. That we are in STEM fields and even overrepresented, but the truth is that we are also overrepresented in cleaning and other industries that have low wages and poor working conditions. But all of that has been made invisible, not just because we aren’t given a platform to speak, but that also when we try to speak we aren’t listened to.

When immigrants first come here, they feel like they are guests. They also may feel more isolated than others in the country do. I feel like I have a sense of belonging here that my mom doesn’t have. And if you come to dinner as a guest, you are not going to shout and bang on the table. But the problem is that after four or five generations we are still treated as guests, whereas some other [European] groups haven’t experienced that. And there can be fear that if we do speak out, it could hurt us—our career prospects, or otherwise. But if we don’t speak out, no one will do it for us. There is validation in strength in numbers, and once we feel that strength, we are motivated to take a stand.

Creating this organization [the new student organization at UC Davis called Association of Asian Veterinary Medical Professionals] is a first big step, now there is a collective that has been mobilized. It’s important for them to be upfront and assertive about the initiatives that they want to pursue. It’s also important to grow cross-racial solidarity, where they support other groups. Because that helps raise everyone up, including Asian American people.

There is a lot of fatigue. Just with what happened in Buffalo and then LA and then in Dallas where there were three Korean women who were shot in a hair salon. You’re in constant fear and enraged, and then that all turns into numbness. The important thing is to know you are not alone—that there are millions of people who are part of this. That it is important to rest and take a break, and let someone else speak for you for a while. And to create alliances, to strengthen all groups. I think this is especially important for Asian Americans because we have been put in a position that isolates us, including from African Americans, Latinos and others, because we’ve been positioned as white or white adjacent. But we have benefitted from other groups’ movements, too. So, we need to build those alliances.

What’s been really exciting or encouraging about the last two years is that there have been so many grassroots organizations that have cropped up, or been built up, or been around for a while that have done so much for Asian American causes. The best known is Stop the Hate, which has been building statistics that show the violence against the Asian community. But there have been so many groups, doing everything from accompanying elderly Asian Americans so they are safe when they go out, to voter enfranchisement, to stopping gentrification in Chinatown. I’m humbled and grateful to all the volunteers and organizations that have been doing so much in the past two years.

I’m inspired by what has been happening here, but I’m also inspired by South Korea, which has a long history of participatory democracy. Protesting is part of what you do there. So, I’m not just inspired by American activism, but the traditions of democracy in Asia.

I think it’s important to think of identity groups like AAPI [Asian American Pacific Islander] as political coalitions, because there is so much variation within that identity. We are binding together to advocate for shared ideals and for the America we want, and to help raise up the most marginalized groups within and to improve their situations.

Professor Hong’s appearance was sponsored by the One Health Institute, the dean’s office of the School of Veterinary Medicine and Dr. Karl Jandrey. You can learn more about or purchase “Minor Feelings: An Asian American Reckoning” at the publisher’s site.