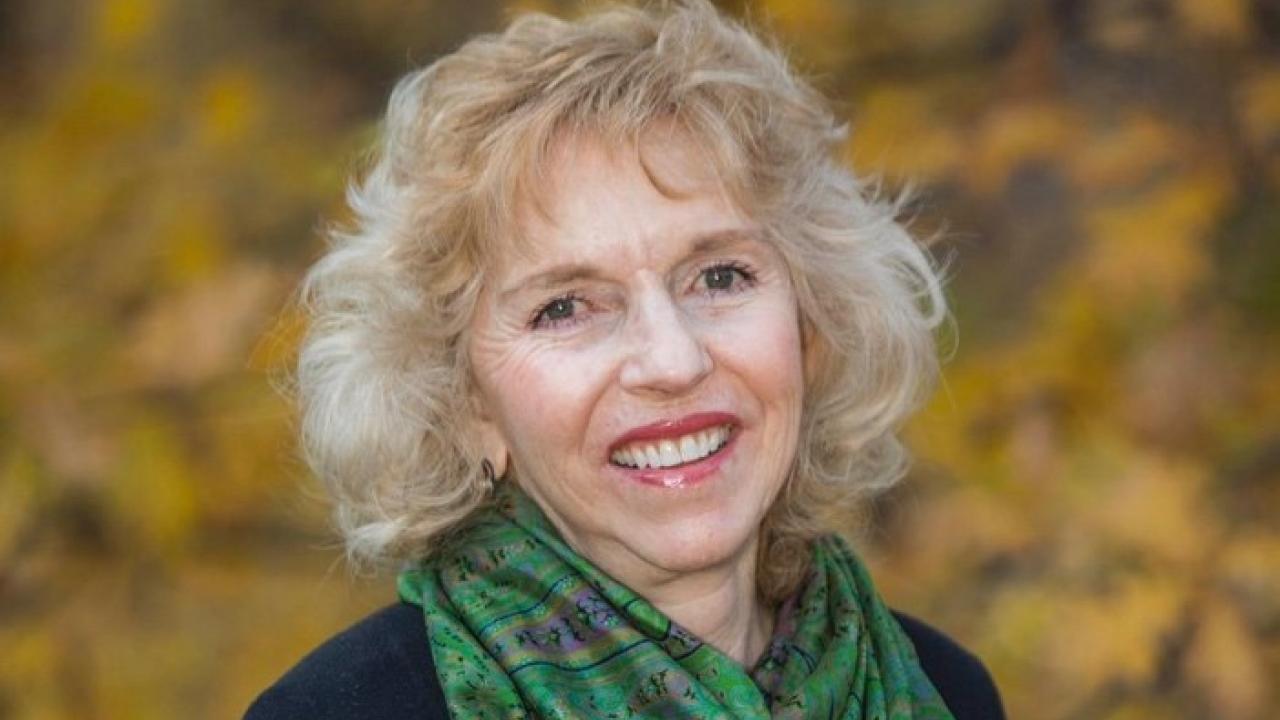 Dr. Patricia (Pat) Conrad celebrated her retirement from the UC Davis School of Veterinary Medicine on July 1 as a distinguished professor of parasitology after more than 33 years—a fact she still finds surprising. She served as the Associate Dean for Global Programs since 2014 and as Co-Director of the system-wide (10 campus) UC Global Health Institute since 2016.

Conrad’s research focused on team-based research and the application of a One Health approach to investigate the transmission of single-celled protozoal parasites between wildlife, humans and domestic animals. She received her veterinary degree from Colorado State University and her PhD from the University of Edinburgh, Scotland.

Conrad didn’t set out to become a researcher or a parasitologist. After growing up on her family’s 10 acre ‘ranch’ in Colorado surrounded by an assortment of horses, goats, dogs, cats and other species, her heart was set on becoming a mixed animal practice veterinarian.

A research stint as a work-study student at Otero Junior College and during her DVM training at Colorado State University confirmed her view, “That research is NOT for me,” Conrad said. In one of her classes, she attended a lecture on East Coast fever (ECF), a deadly parasitic disease of cattle in East Africa. Why are they teaching this exotic disease, she thought, I’ll never see this in my life as a veterinarian in Colorado. Turns out that was one of many lessons in Conrad’s career: Some of the things you think you’ll never need to know will surprise you.

After receiving her DVM in 1980, Conrad was delighted to receive a prestigious Marshall Scholar that allowed her to travel to Scotland and take a course on tropical animal production at the University of Edinburgh. Here again she heard about the devasting impact of ECF, and found herself ‘fascinated and passionate’ about the tick-transmitted parasite, Theileria parva, that caused the disease. Her passion led to a PhD and an exciting opportunity to conduct post-doctoral research on the molecular epidemiology of East Coast fever at the International Laboratory for Research on Animal Diseases (now ILRI) in Nairobi, Kenya. There she discovered the joy and rewards of tackling important infectious disease challenges as a member of a collaborative, multi-disciplinary international group of young scientists. She loved the work but was intrigued when she saw a small newspaper ad for a faculty position at UC Davis in parasitology.

“I wasn’t really a parasitologist at the time,” she recalled. “I had no special training, no teaching or grant writing experience and no research plans beyond ECF which didn’t occur in the US. However, it felt like the right place at the right time and I listened to my intuition.”

Conrad came to Davis in 1988 with her husband and a four-month-old baby with no idea of what she’d tackle as a research project. That was soon solved when two pathologists, Brad Barr and Mark Anderson, from the diagnostic laboratory system, approached her with a problem in California’s dairy cows: high rates of mid-gestation abortions. Through team work, they discovered a newly recognized protozoal parasite, later identified as Neospora caninum, was responsible. Their research on bovine neosporosis contributed to the health of dairy cattle in California and worldwide.

Conrad found the lessons learned when she discovered the strengths of strong collaboration during her time in Kenya applied throughout her career at UC Davis.

“When you have an important problem and a complex challenge, there’s a powerful motivator for collaboration,” Conrad said. “Kenya was my first exposure to team research approach, bringing together people from diverse perspectives, disciplines and cultures. That was so exciting!”

She carried that excitement to UC Davis where in addition to the successful research into Neospora, Conrad, with her graduate and collaborators, tackled the challenges of other tickborne parasites that they discovered in people and dogs. She named the human parasite Babesia duncani, after her PhD mentor (Duncan Brown) in Edinburgh and her former graduate students, including Anne Kjemtrup, renamed the canine parasite species discovered in California, Babesia conradae.

Another lesson Conrad learned: Encourage and support your graduate students. They are the One Health practitioners of the future. In fact, one of Conrad’s former graduate students, Dr. Woutrina Smith, will be taking over as Associate Dean of Global Programs. Smith was part of the team that helped uncover some of the mechanisms of Toxoplasma infections in sea otters and other marine mammals. That was a new venture for Conrad into wildlife health, and one of which she’s quite proud. The efforts of Conrad and their collaborative team from agencies and institutions throughout California raised awareness and helped advance the Sea Otter Bill in 2007 that is focused on safeguarding the health for both sea otters and humans by protecting marine environments.

“The One Health approach that recognizes the interconnection of people, animals, plants and the environment can be applied locally as well as globally,” Conrad said. “It’s extremely gratifying in the course of a scientist’s career when we can increase public awareness and contribute to solutions.”

Conrad has published over 235 scientific papers and book chapters in the fields of emerging infectious diseases, parasitology, ecology of waterborne pathogens and One Health. She was elected to the National Academy of Medicine in 2011, awarded a Fellowship in the American Academy of Microbiology in 2012, and selected as an American Association of the Advancement of Science Fellow in 2018. In 2017, she received the American Veterinary Medical Association Lifetime Excellence in Research Award for her contributions to the veterinary profession and advancing the One Health approach. In 2018, she was awarded the UC Davis Chancellor’s Award for International Engagement, and in 2019, received the Lifetime Achievement Award for Babesiosis Research.

For a cowgirl from Colorado to an academic researcher, the journey has been an incredible way to see the world, Conrad said. She’ll always remember a placard she saw on the streets of San Francisco where she had traveled after veterinary school to interview for the Marshall Scholarship that took her to Scotland—Success is liking what you have to do.

“In all of my time on faculty here,” Conrad said, “I’ve loved almost everything I’ve had to do. For that, I’m incredibly grateful.”