Domestic Llamas May Have Been Source of Epidemic. Cascading Consequences Expected

Mange has decimated the population of wild vicuñas and guanacos in an Argentinian national park that was created to conserve them, according to a study from the Administration of National Parks in Argentina and the University of California, Davis.

The findings, published today in the journal PLOS ONE, suggest domestic llamas introduced to the site may have been the source of the outbreak. Cascading consequences for local predator and scavenger species are expected.

Vicuñas and guanacos are species of wild camelids native to Argentina, Chile, Bolivia, Ecuador and Peru, where the vicuña is the national animal.

The study investigated the impacts and origins of the outbreak, which began in 2014 in San Guillermo National Park.

Between 2013 and the onset of the study in 2017, populations of guanaco and vicuña were down 95% and 98%, respectively. Nearly three-quarters more were lost between 2017-18 alone. By 2019, researchers could no longer find either animal during the study surveys. 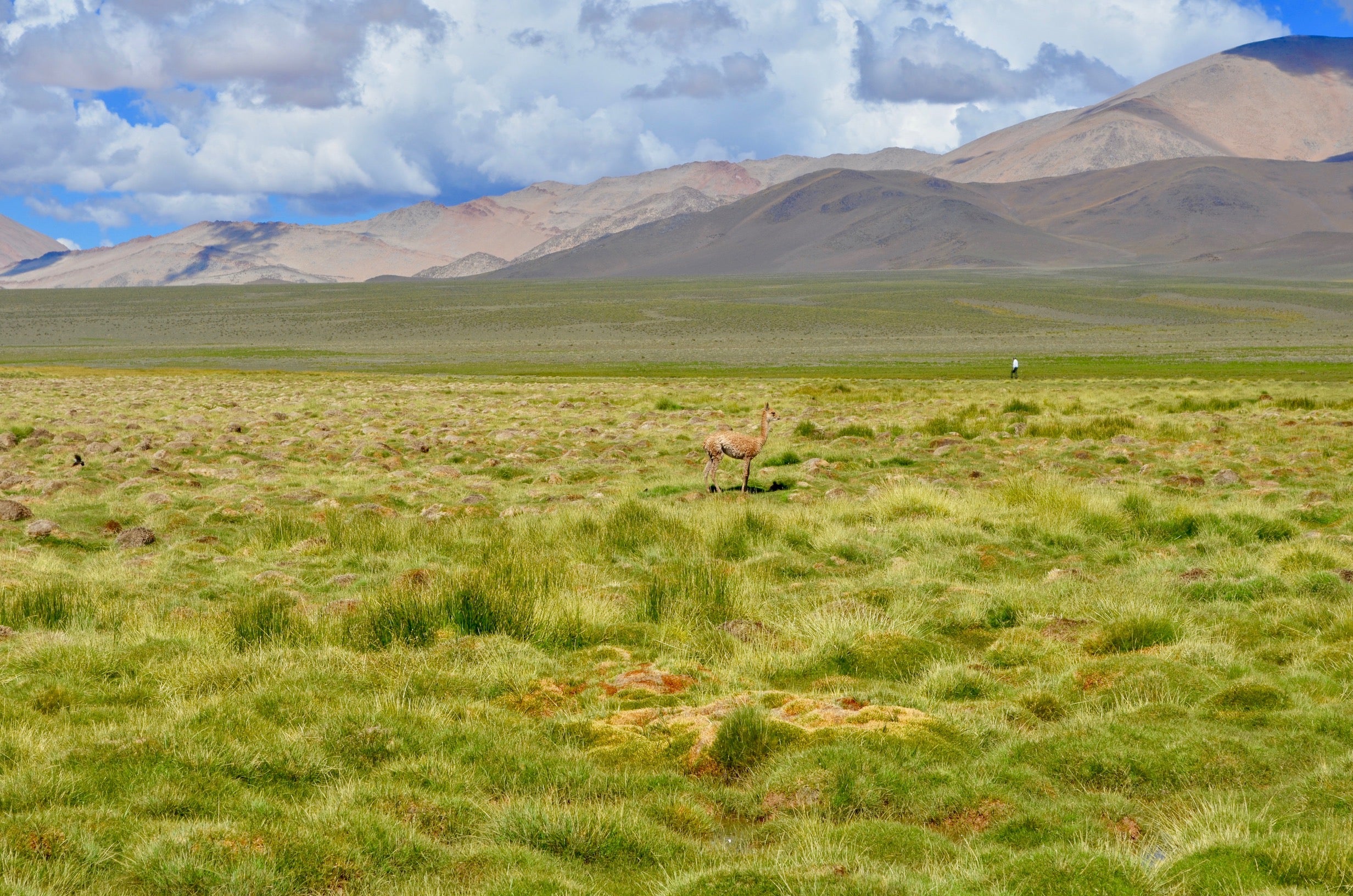 “This part of Argentina used to be the Serengeti of the wild camelids,” said corresponding author Marcela Uhart, who directs the Karen C. Drayer Wildlife Health Center’s Latin America Program, within the UC Davis School of Veterinary Medicine and its One Health Institute. “Now you go and it’s empty, and whoever is there is mangy. This disease is not novel. We know mange. It’s a common mite. But significant outbreaks are happening in several wildlife species around the world.”

Home on the mange

During the study, the authors observed signs of sarcoptic mange in a quarter of living vicuñas, a third of live guanacos, and in nearly all dead vicuñas and guanacos. 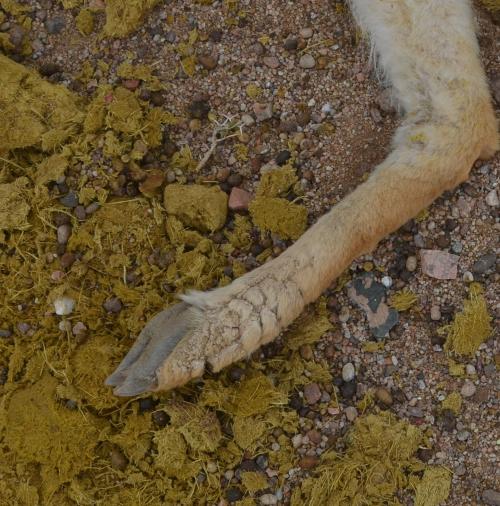 Sarcoptic mange is a highly contagious disease in which mites burrow under the animal’s skin, which becomes thick, crusty, itchy and cracked. Because it becomes too painful to move and forage, many animals starve or become easy prey.

Mites from seven vicuñas and three guanacos were collected and analyzed in the lab of co-author Janet Foley, a disease ecologist in the UC Davis School of Veterinary Medicine. They found the mites shared the same genotype, indicating a single source and recent origin of the epidemic.

The authors traced a potential source to a governmental livestock incentive program that introduced llamas to areas near the park in 2009, some of which had mange, which is rarely fatal for llamas.

No infected llamas were available at the time of the study, so the authors couldn’t collect mites from them to compare with mites found on the vicuñas and guanacos. But the findings combine to suggest that introducing mange-infected llamas may have triggered the outbreak.

In several countries wild vicuñas provide a source of income for Indigenous communities, who shear the live animals for their soft, valuable fiber. The animals also play a key role in maintaining a balanced ecosystem in the vast high Andes plateau, or altiplano. Once hunted nearly to extinction, the population in South America is considered a conservation success story, having rebounded once strict enforcement of the fiber trade and bans on lethal shearing were enacted in the 1980s.

While global populations of vicuñas and guanacos are still considered healthy, the outbreak at San Guillermo is expected to bring cascading consequences for local predators and scavengers.

Vicuñas and guanacos are important prey species for mountain lions, and condors feast on the remaining carcasses. Without wild herbivores on the menu, the mountain lions may turn to local livestock for their meals unless and until wild camelid populations can rebound. Condors may also have to search for food outside the park, exposing them to risks such as poisoning by pesticides or lead from hunting ammunition.

“Hopefully, within a few years, the animals will slowly return,” Uhart said. “But in the meantime, we don’t know what will happen with the predators and scavengers because there is basically nothing left for them to eat.” 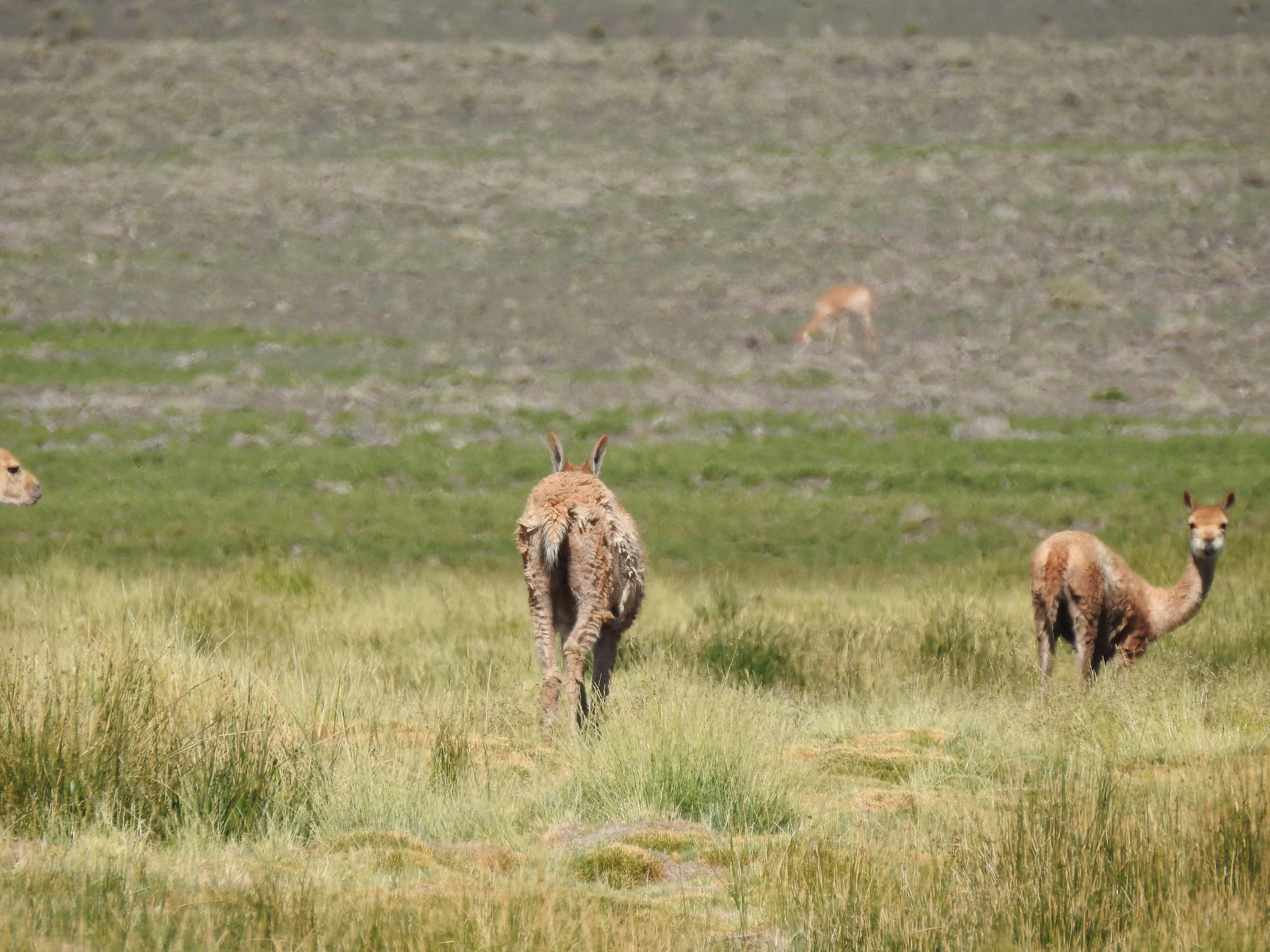 The authors note that better and ongoing communication between the conservation and livestock sectors might have warded off the outbreak and could help prevent future disease.

“Several factors combined to create the perfect storm of this epidemic at a high cost to the ecosystem of San Guillermo National Park,” said lead author Hebe del Valle Ferreyra, a wildlife veterinarian with the national parks service in Argentina. “Animal health management, conservation and agriculture should not be regarded as opposing, incompatible and disconnected activities. A change of approach is needed that recognizes the links between all these sectors.”

Additional co-authors in the study include Jaime Rudd and Ralph Vanstreels of UC Davis, Ana M. Martín of Universidad Católica de Córdoba in Argentina, and Emiliano Donadio of the National Scientific and Technical Research Council (CONICET) in Argentina.