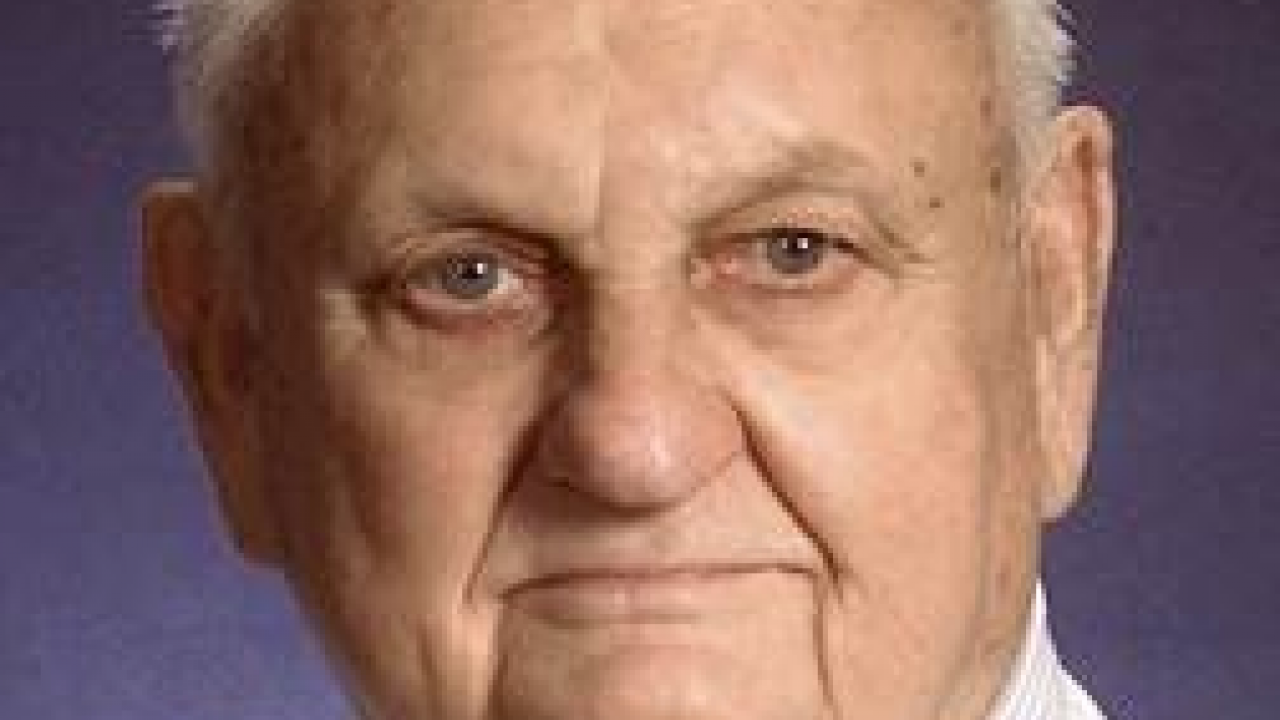 We are sad to announce the passing of Dr. Leland E. (Skip) Carmichael, an esteemed UC Davis School of Veterinary Medicine alum from the Class of 1956. He died peacefully on Monday, July 27, in Ithaca, NY, at the age of 90.

Carmichael was born in Los Angeles, California. Growing up in the era of the Great Depression, he earned pocket money by walking horses at the Santa Anita Racetrack and lifeguarding at Los Angeles County pools.  As a child, he enjoyed fly fishing with his family near their cabin in the Sierra Mountains and playing polkas on his piano accordion. He was proud of the fact that the advisor to his undergraduate fraternity at UCLA was John Wayne.

Carmichael received his DVM degree from the UC Davis School of Veterinary Medicine in 1956 and headed east to undertake graduate studies at the College of Veterinary Medicine at Cornell University where he earned a master’s degree and a PhD. During his graduate studies, he met his beloved wife, Mary Margaret Mueller. They were married on November 30, 1957 and remained happily married until her death three months ago.

Following his graduate studies, Carmichael remained in Ithaca teaching veterinary students and engaging in research at Cornell’s Veterinary Virus Research Institute (now the James A. Baker Institute for Animal Health) for his entire career. He mentored numerous graduate students, many of whom went on to illustrious careers themselves. He was appointed the John M. Olin Professor of Virology from 1963 until his retirement in 1997 and was the first John M. Olin Professor of Virology at the College of Veterinary Medicine.

Carmichael’s contributions to Cornell and the veterinary profession were enormous. His long and productive career included research focused on a variety of important diseases of dogs. In 1978, the sudden emergence of Canine Parvovirus, a world-wide fatal viral epidemic in dogs, presented an urgent challenge. Carmichael, working with fellow colleague Dr. Max Appel and a team of hard-working graduate students and technicians, set about to meet this challenge. After three years, they had perfected a vaccine for Canine Parvovirus. This vaccine is still being used today to protect dogs worldwide. A diplomate of the American College of Veterinary Microbiologists, Carmichael is also credited with identifying canine herpesvirus and brucellosis.

During the 1960s, Carmichael established a laboratory for the production of a vaccine for rinderpest virus in the Republic of Mali in West Africa. In that decade, he was appointed to an endowed professorship in virology at the Baker Institute, where he served as acting director in the 1970s and again in the 1990s.

Carmichael is survived by his three sons and their families:  Daniel (Peggy and Thomas), Paul (Randi, Sarah, and Ben), and John (Jen, Cigi and Amber, Dajen, and Cash), his beloved brother Gary Carmichael and his wife Susan.

Due to COVID restrictions, the family will have a small, private burial service, but video will become available on the Bangs Funeral Home website following a service on July 31 for those not in attendance.  (www.bangsfuneralhome.com)