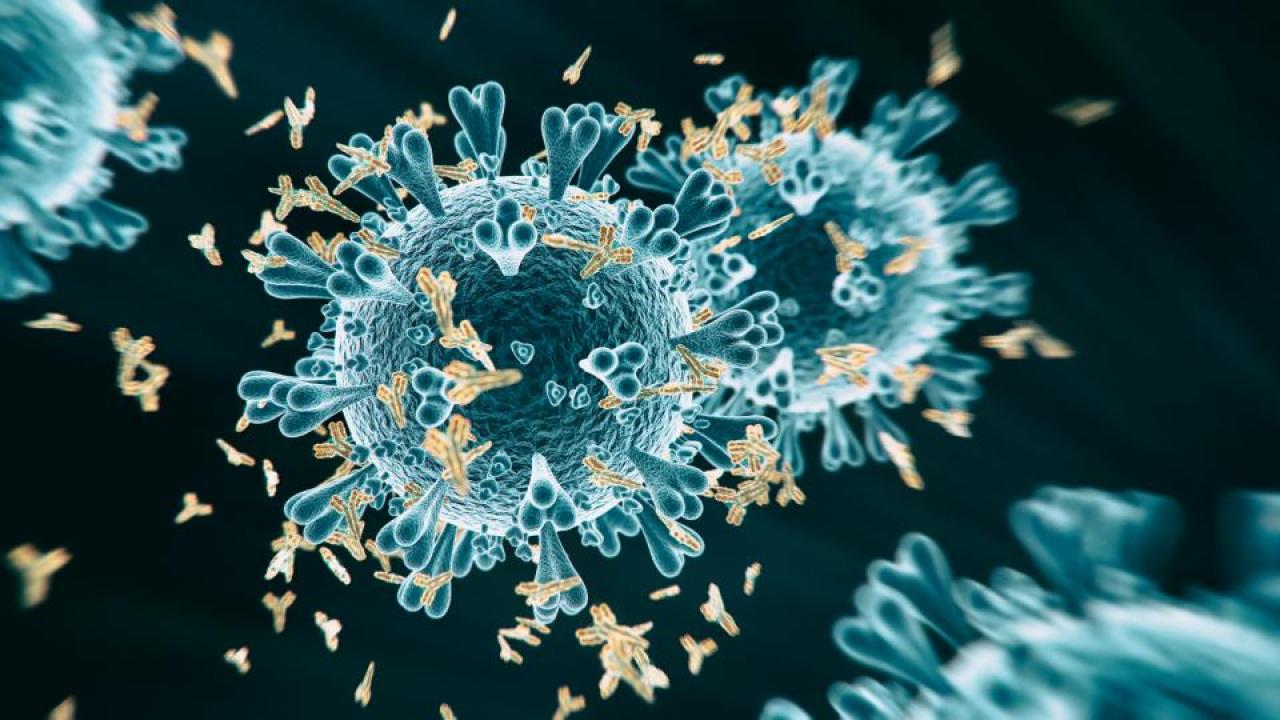 In a promising result for the success of vaccines against COVID-19, rhesus macaque monkeys infected with the human coronavirus SARS-CoV-2 developed protective immune responses that might be reproduced with a vaccine. The work was carried out at the California National Primate Research Center at the University of California, Davis, and is published Jan. 22 in the journal Nature Communications.

“These results suggest that vaccines inducing durable protective immunity against SARS-CoV-2 do so by stimulating robust germinal center responses — a question that can be effectively answered using the rhesus model,” said Smita Iyer, assistant professor of pathology, microbiology and immunology at the UC Davis School of Veterinary Medicine, and Center for Immunology and Infectious Diseases.

The immune response to coronavirus plays a protective role in recovery from disease, and most patients make a full recovery, Iyer said. But an uncontrolled immune response or “cytokine storm” is also implicated in causing severe complications in some people.

Animal studies are critical to conclusively identify markers of vaccine-mediated protection, by telling us which immune cells triggered by the vaccine are protective. Understanding immune determinants of protection against infection and disease is crucial to enhance vaccine efficacy, Iyer said.

Signs of an effective immune response

Iyer and colleagues infected eight rhesus macaques at the CNPRC with SARS-CoV-2 virus isolated from the first human patient treated at UC Davis. At the time (early March) the case was the first known example of “community transmission” in the U.S. that could not be traced to someone arriving from another country.

The researchers followed immune responses in the animals over about two weeks. The animals showed either mild disease that was quickly resolved or no symptoms, with a brief and transient immune response, Iyer said.

The animals showed all the signs of producing an effective immune response to a viral infection. They made a type of helper cell called Th1 cells in the blood, lungs and lymph nodes, and produced both IgM-type antibodies and the higher-affinity IgG antibodies associated with long-term immune protection.

Importantly, structures called germinal centers developed in the lymph nodes near the lungs. These contained cells called T follicular helper, or Tfh, cells. Germinal centers and Tfh cells are associated with generating plasma cells, which remain in the body for many years to produce antibodies against pathogens the immune system has seen before. These plasma cells allow the immune system to “remember” and react to infections that occurred years or decades previously.

The work was partly supported by grants from the National Institutes of Health.