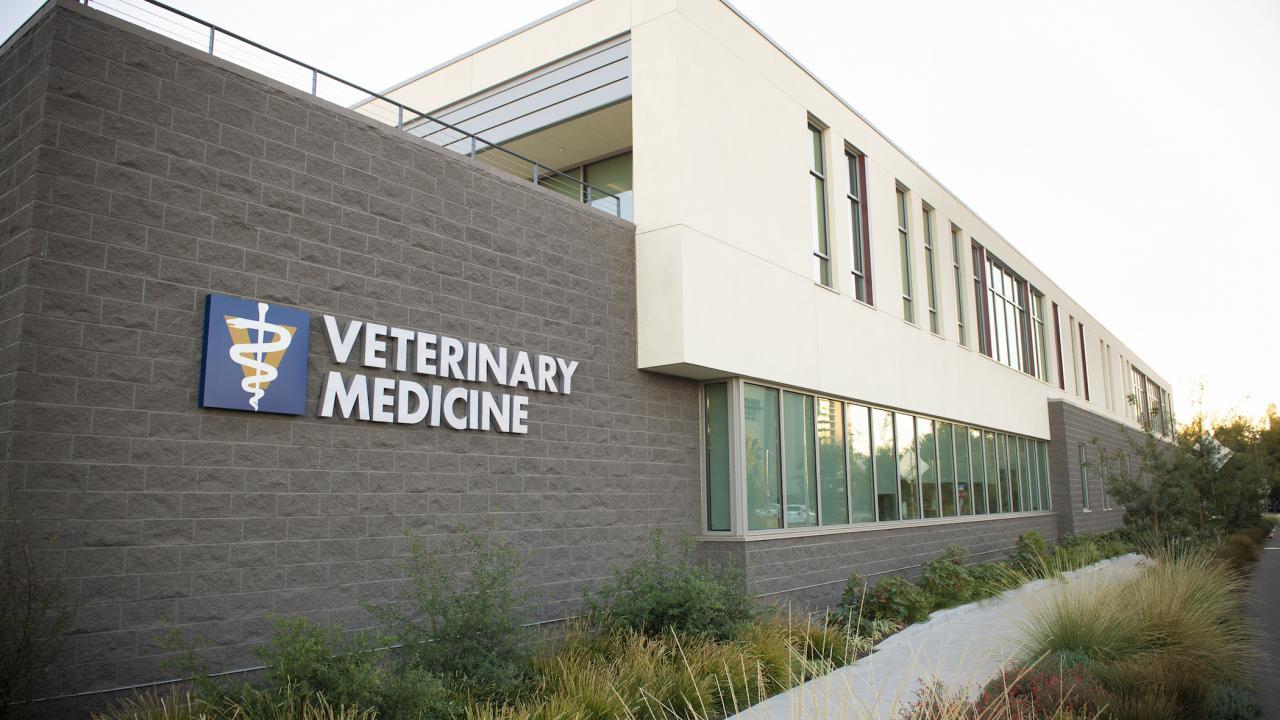 The School of Veterinary Medicine honors this year's retirees. They have all contributed to the school's excellence in teaching, research and outreach. 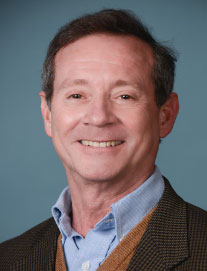 Internationally respected neuroscientist Dr. Fredric Gorin joined the department of neurology in the UC Davis School of Medicine in 1985. He holds a joint appointment in the School of Veterinary Medicine, Department of Molecular Biosciences, and collaborates with researchers in both schools, as well as the UC Davis Comprehensive Cancer Center and the UC Davis Center for Neuroscience. Since 2012, he has served as the chair of the department of neurology, ranked as one of the top 50 Neurology-Neurosurgery programs in the U.S., and the only nationally recognized program in the greater Sacramento area.

Boarded in neurology and psychiatry, Gorin has focused his research on investigations of novel therapies for brain cancer, traumatic brain injury, cerebrovascular disease and stroke. His research has provided insights into cellular mechanisms by which neuromuscular activity regulates skeletal muscle metabolism at the genetic level. His laboratory has secured several patents for novel small-molecule therapies designed to kill cancer cells that cause recurrence in aggressive cancers.

Gorin oversees impactful programs in telemedicine that extend the reach of UC Davis’s clinical care. He was instrumental in the design and inception of the highly successful UCDHS Neurology outpatient clinic that opened in midtown in 2016. 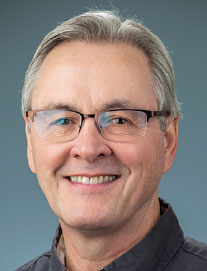 Dr. Steven Hollingsworth received his DVM from Purdue University and completed a residency in comparative ophthalmology at UC Davis. He joined the faculty in 1994, and since has been instrumental to this busy clinical teaching service with a national and international reputation for excellence in clinical service and residency training. A favorite of students and residents, and a recipient of the school’s Favorite Teacher Award, Hollingsworth is known for his collegiality, down to earth nature, and good sense of humor.

During his time at UC Davis, Hollingsworth has consistently demonstrated his dedication to instruction through his individualized approach to teaching in the clinic. Hollingsworth is a recipient of the Distinguished Faculty Teaching Award and spearheaded the creation of an endowed ophthalmology internship program, which has greatly benefited the veterinary hospital.

Hollingsworth served for 20 years as chief of service. He also served as President of the American College of Veterinary Ophthalmologists and chaired the examination committee for that specialty college. 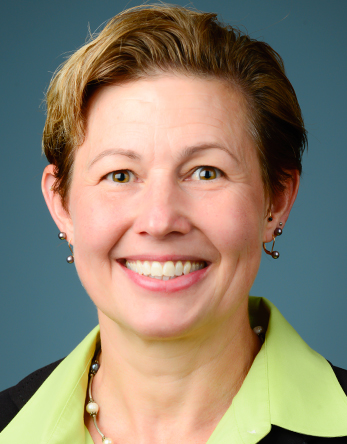 Dr. Pamela Hullinger has had many different impactful roles in her 30-year career with UC Davis. She graduated with a B.S. in Animal Science in addition to the School of Veterinary Medicine, completed a residency in large animal internal medicine, and earned a Masters in Preventive Veterinary Medicine. After 10 years as a veterinary medical officer with the California Department of Food and Agriculture and five years as the Chief Veterinary Officer and Director of Food and Agricultural Security at Lawrence Livermore National Laboratory (LLNL), she joined the UC Davis faculty as an associate clinical professor in the Department of Medicine and Epidemiology.

Dr. Hullinger has held a joint appointment between LLNL and the UC Davis School of Veterinary Medicine, working on foreign animal disease prevention, policy development and response planning at the state, national and international level. In addition to her clinical and epidemiological experience, she has extensive experience with foreign animal diseases. She worked in the United Kingdom as part of the efforts to control the foot-and-mouth disease outbreak in 2001 and in southern California on the eradication of Exotic Newcastle Disease in 2002-2003 and 2018-2020.

Hullinger has also served the school in important administrative roles. She was appointed as the director of the veterinary hospital’s Large Animal Clinic in 2015 and then became the director of the California Animal Health and Food Safety Laboratory in 2016.

She is excited to now be pursuing an international consulting career focused on transboundary animal diseases. 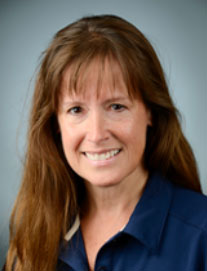 Dr. Mary Lassaline received her veterinary degree from Michigan State University and completed an internship in equine medicine and surgery at Rood & Riddle Equine Hospital in Kentucky. She also completed a residency in comparative ophthalmology at the University of Florida in Gainesville and was in private practice in Texas and Connecticut. Lassaline then spent eight years as a faculty member at the University of Pennsylvania's New Bolton Center. She joined the faculty at the UC Davis School of Veterinary Medicine in 2014 and led the Equine Ophthalmology Service.

Lassline’s research interests cover a variety of equine eye issues, with a particular focus on equine corneal disease. Under her leadership, the Equine Ophthalmology Services provided advanced diagnostics, as well as routine, complex and emergency medical and surgical care to horses with a variety of ocular disorders, including corneal ulcers, corneal and eyelid cancer, equine recurrent uveitis, cataracts and glaucoma. 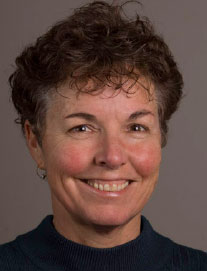 Dr. Kimber Stanhope is a nationally and internationally recognized expert on the health effects of sugar consumption. Her work focuses on investigating the effects of sugar consumption on the development of metabolic disease, utilizing well-controlled diet intervention studies in human subjects. She has made significant contributions to clinical research aimed at defining an optimally healthy diet and delineating the mechanisms involved.

Stanhope has worked extensively as a public health educator, authoring/coauthoring over 20 research reports on the metabolic effects of sugar consumption. She first-authored 10 review articles/book chapters, and has made over 40 invited presentations on the topic. She has discussed her research in more than 100 newspaper, magazine, radio, internet and television interviews including CBS 60 Minutes, CBC 5th Estate, CBS Newspath and ALJAZEERA AMERICA TechKnow. In 2015, Stanhope was featured in the documentary, "That Sugar Film."

Stanhope works as a scientific expert with public health advocates in California, Washington, D.C., and Mexico on efforts to implement public health policies that will reduce added sugar consumption. She is a recipient of an NIH Building Interdisciplinary Research Careers in Women's Health career support award and is a UC Davis School of Medicine Dean’s Scholar in Women’s Health. 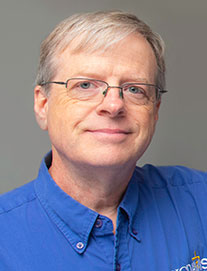 Dr. Ray Wack has been teaching in the SVM for the past 20 years. During this time he developed a comprehensive zoological medicine curriculum for veterinary students that evolved from a series of elective courses to a stream selection, and serves as a model curriculum for veterinary schools worldwide. Many of the UC Davis veterinary students comment that the Zoo Block and clinical rotation are a highlight of their training, preparing them for a future career in zoological medicine.

As Service Chief and senior veterinarian, Wack strengthened the collaboration between the Sacramento Zoo and SVM, bringing state-of-the-art care to the animals at the Sacramento Zoo, as well as overseeing the construction of a full veterinary hospital with public viewing windows on zoo grounds. Through collaborations with the Zoological Society of San Diego, SeaWorld San Diego, Sacramento Zoo and UC Davis SVM, Wack redeveloped the Zoological Medicine Residency Program, the premier training program in the world, furthering the legacy of Dr. Murray E. Fowler. In 2018, Wack was presented with the SVM Faculty Clinical Excellence Award and has received numerous presidential service awards from AAZV and ACZM. He has served as Chair of ACZM Credentials Committee for nearly 20 years, exam committee for ECZM, and as a past president of AAZV.

Throughout his career, Wack has remained curious during clinical practice, putting together research collaborations to investigate new diseases and treatment options. This resulted in the discovery helicobacter gastritis in cheetahs, vaccination protocols for cheetahs, health screening and radio telemetry protocols for brush rabbits and giant garter snakes, as well as the discovery of a novel amdoparvovirus in red pandas. Always interested in the best care for his patients and staff around him, Wack strived to provide state-of-the-art care in a relaxed, supportive environment. 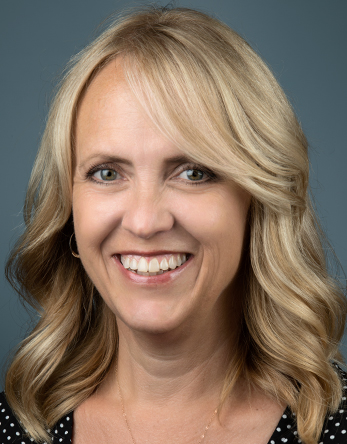 Dr. Mary Beth Whitcomb completed her DVM at UC Davis and an internship in equine private practice in Irving, Texas. Whitcomb joined the faculty in 1999 after completing a fellowship in Large Animal Ultrasound and Cardiology at the University of Pennsylvania’s New Bolton Center. At UC Davis, she spearheaded the use of ultrasound to diagnose many equine disorders, including meniscal injuries, pelvic fractures, coxofemoral disorders and urolithiasis, and advanced the use of a variety of ultrasound-guided techniques. She also established the Large Animal Ultrasound Fellowship at UC Davis, producing many of today’s leading equine imagers. Whitcomb is considered one of the nation’s leading authorities on large animal ultrasound and has lectured throughout the world. She is well known for her unique educational models to teach ultrasonographic techniques, including the development of 3D models that simulate the ultrasound examination. Whitcomb received her MBA degree at UC Davis in 2013 and recently served as Director of the Large Animal Clinic with a focus on doctor wellness. She has also proudly served as Chair of the Charles Heumphreus Memorial Lecture Committee. 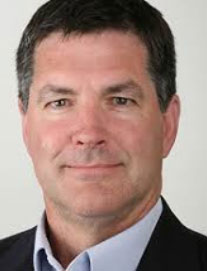 Professor of Surgical and Radiological Sciences

Dr. Erik Wisner joined the UC Davis School of Medicine as an assistant professor in 1992 with a secondary appointment in the School of Veterinary Medicine. Following a brief period at The Ohio State University from 1997-2000, he returned to Davis to join the faculty as an associate professor in the Department of Surgical and Radiological Sciences. During his career, he has served in a number of leadership roles including Chair of the Department of Surgical and Radiological Sciences (2009-16), Vice-Chair (2005-09), inaugural Director of the SVM Veterinary Center for Clinical Trials (2013-18), Director of the Center for Imaging Sciences (2001-2015), Director of the UCDMC-CCC Animal Imaging Shared Resource and Associate Hospital Director for Imaging Services (2004-2019).

Wisner is a dedicated clinician scientist, producing 147 peer-reviewed publications, 29 book chapters and one textbook (Atlas of Small animal CT And MRI) with a focus on clinical diagnostic imaging, and selective and targeted contrast media delivery. His research contributions have led to new approaches for molecular and compartmental targeting of nanoparticulate and soluble contrast agents in the lymphatic and other organ systems. He has had a considerable impact on clinical advances in veterinary cross-sectional imaging over the past three decades. Wisner was also instrumental in bringing novel PET/CT imaging technology to the school, which has resulted in multidiscipline translational research collaborations across the campus.

Wisner is an engaging educator of DVM students and has trained more than 45 diagnostic imaging residents during his career. He is also a sought-after speaker with more than 135 invited presentations at national and international conferences. Wisner is recognized as a leader by his diagnostic imaging peers having served as president of the American College of Veterinary Radiology, inaugural Director of the ACVR Research & Educational Foundation, and on many specialty college committees. 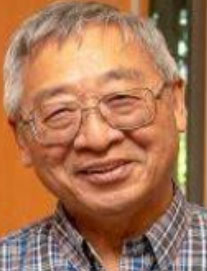 Internationally recognized lung biologist Dr. Reen Wu holds joint appointments in the School of Medicine, Department of Internal Medicine and the School of Veterinary Medicine, Department of Anatomy, Physiology, and Cell Biology. He is a former chair of the Comparative Pathology Graduate Group. During his career, Wu has contributed to basic lung biological research and translational science.

Wu’s research focuses on the role of airway epithelial cells in the development of lung diseases and the associated injury and repair responses. He has used human lung cells and tissues, as well as animal models, to study the molecular mechanisms of lung diseases in in asthma, chronic obstructive pulmonary disease (COPD), cardiac fibrillation (CF), airway inflammation and infection, smoking, and inhalation toxicology. An interest in the cell signaling, innate immunity and regulation of gene expression in airway epithelial cells led him to develop the application of stem cells for airway regenerative medicine.

His research efforts have been acknowledged with the American Thoracic Society Recognition Award for Scientific Accomplishment in 2011, the Pfizer Award for Research Excellence, Veterinary Medicine in 2006, a UC Davis School of Medicine Faculty Research Award in 1996, and the Joan Oettinger Memorial Award in 1993.

retirees faculty State of the School