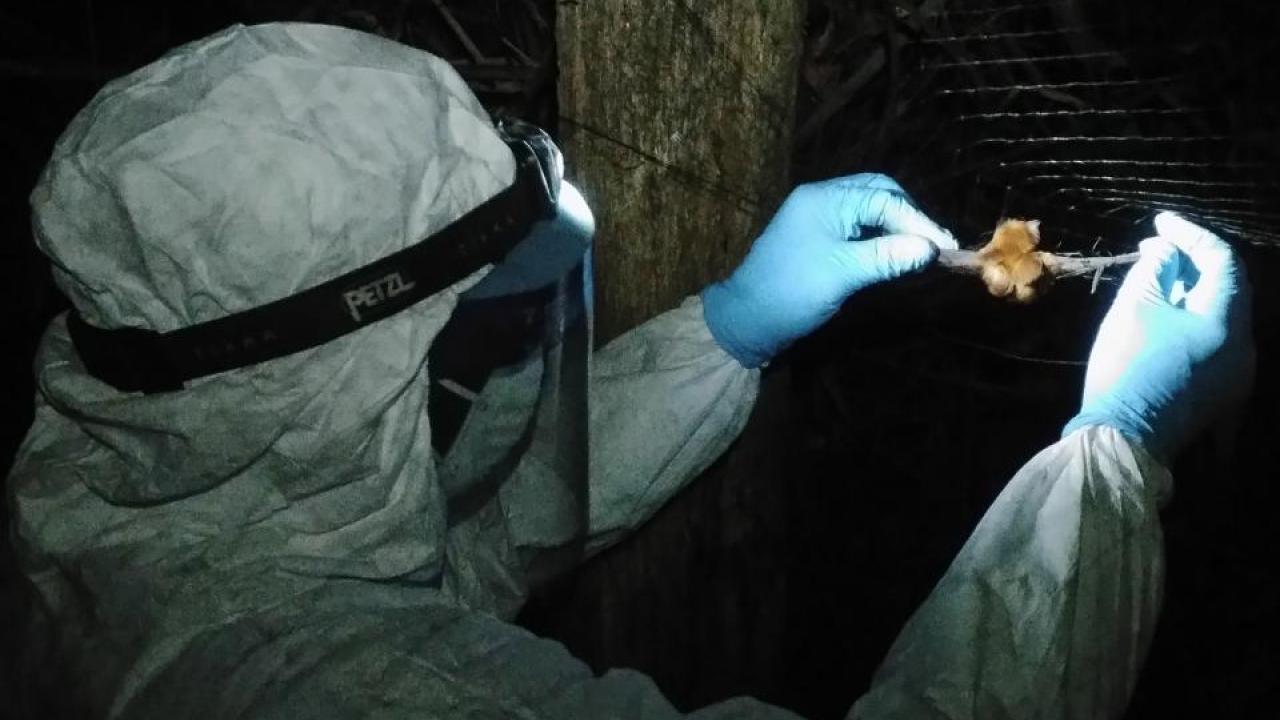 The sixth ebolavirus, Bombali virus, has been detected in insect-eating bats in Guinea. In addition to findings reported by researchers earlier this month, scientists from the University of California, Davis, detected the virus in Angolan free-tailed bats roosting inside people’s houses in Guéckedou and Kissidougou.

UC Davis One Health Institute, within the UC Davis School of Veterinary Medicine, also first discovered the Bombali virus in Angolan and little free-tailed bats in Sierra Leone. Bombali virus is distinct from the five previously known ebolaviruses, including Zaire ebolavirus, which caused a massive outbreak in West Africa in 2013-2016. Bombali virus was also found in an Angolan free-tailed bat in Kenya in May 2018. Research teams used similar methods to detect the virus and, collectively, results suggest Bombali virus has a wide distribution.

Scientists are trying to determine if Bombali virus has spilled over into humans or if it can cause disease in humans or animals. Results to date show that Bombali virus can infect human cells, and studies are ongoing to understand more about the risk it may pose.

The discovery of Bombali virus first in insect-eating bats in Sierra Leone, and now in Guinea, marks the first time that scientists discovered a new ebolavirus species in a host before detection in an infected human or sick animal.

The detection in Guinea was made by scientists at the UC Davis One Health Institute working with the government of Guinea, the Viral Hemorrhagic Fever Laboratory of the University of Gamal Abdel Nasser of Conakry, and Metabiota. The work is part of the PREDICT Ebola Host Project, funded by the United States Agency for International Development.

“The detection of Bombali virus first in Sierra Leone, and now also in Kenya and Guinea, suggests that ebolaviruses seem to be more widely distributed than previously thought,” said Tracey Goldstein, PREDICT Pathogen detection lead and associate director of the One Health Institute.

The PREDICT team began work in Guinea in 2016, sampling more than 4,500 animals and performing laboratory tests to look for both known and unknown ebolaviruses. Bombali virus was found in two bats belonging to the same species of insectivorous bat found roosting inside people’s houses.