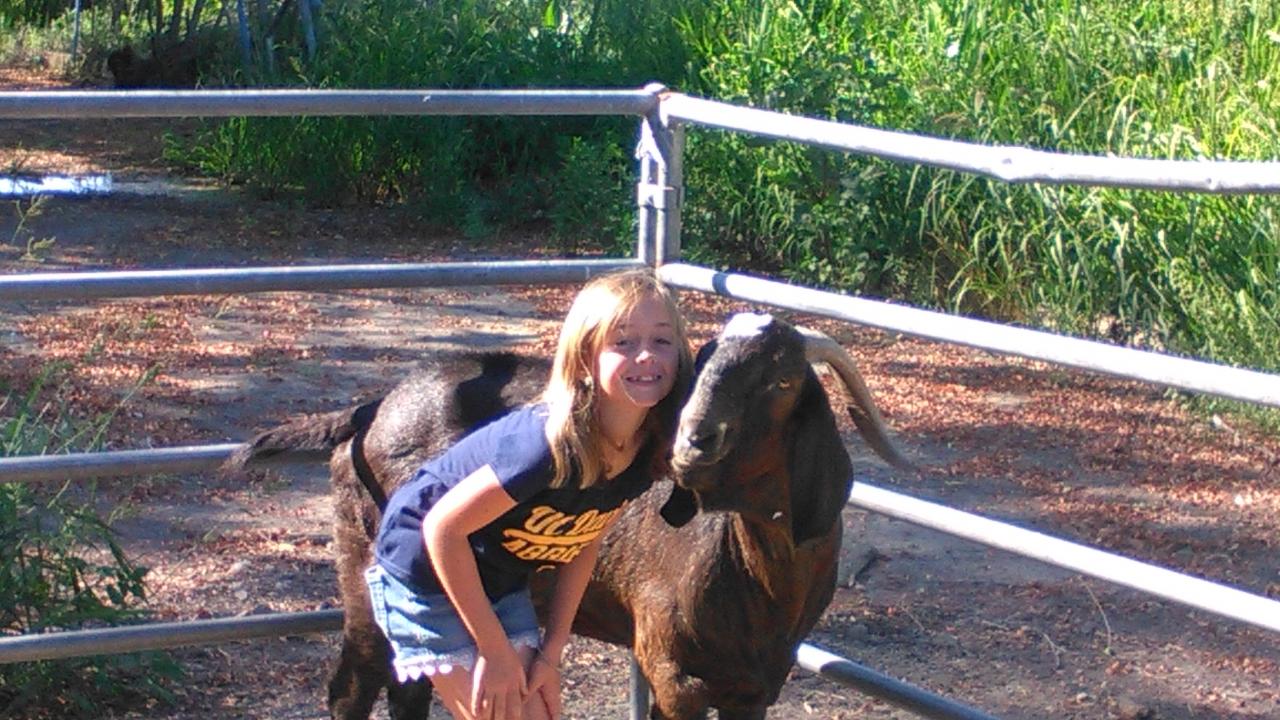 ***The Horse coverage of this story***

--Cantharidin intoxication thought to be rare on West Coast--

Pedro, a 6-year-old male Nubian goat, was showing abnormal health signs that concerned his owners. He was found to be acutely recumbent, bloated and in discomfort. They called his veterinarian who found him to be severely dehydrated and suggested they immediately take him to the UC Davis veterinary hospital.

Once at UC Davis, the Livestock Medicine and Surgery Service performed a thorough physical examination on Pedro. His heart and respiratory rates were elevated, he was in severe abdominal discomfort with a fluid- and gas-distended rumen, and in hypovolemic shock due to the dehydration. The livestock specialists presumptively treated him for a suspected upset gastrointestinal issue and for his severe dehydration, while awaiting preliminary laboratory results of his blood and urine. He also displayed signs of an acute kidney injury.

His treatments included a rumen lavage, activated charcoal, intensive IV fluid therapy, pain medication, antibiotics, rumen transfaunations and gastro protectants, the use of a sling during the first days of recumbency, as well as acupuncture.

Following three days of treatments, Pedro made great progress and was comfortable enough to walk again. He also started to regain his appetite. His dedicated owners visited him every day and were happy to take him home after six days of hospitalization.

Pedro’s final laboratory results confirmed a case of cantharidin intoxication. The toxin is a defensive secretion of the blister beetle, which is common in other parts of the United States, but not as prevalent on the West Coast. Blister beetles feed on alfalfa bloom and can be found in some livestock feed. Alfalfa harvesting can crush the stalk, but also crush any beetles that may be present, causing them to release the cantharidin inside them. Just a few beetles in a typical feed amount can be lethal to livestock, with a fatality rate estimated at greater than 50 percent – this includes horses.

After hearing the lab results, Pedro’s owners immediately removed the alfalfa feed and quarantined it. They discovered one beetle in the remainder of the alfalfa hay and submitted it to UC Davis’ California Animal Health and Food Safety Laboratory for further testing.

Blister beetle toxicity is commonly diagnosed in horses after consumption of contaminated alfalfa hay, but reports in ruminants are rare. Owners are being alerted to check for clinical signs of cantharidin intoxication including depression, abdominal pain, elevated heart and respiratory rate, polyuria (large amounts of dilute urine), polydipsia (intense thirst), and profuse diarrhea. West Coast veterinarians are urged to consider cantharidin intoxication if they see these conditions in livestock that consume alfalfa.