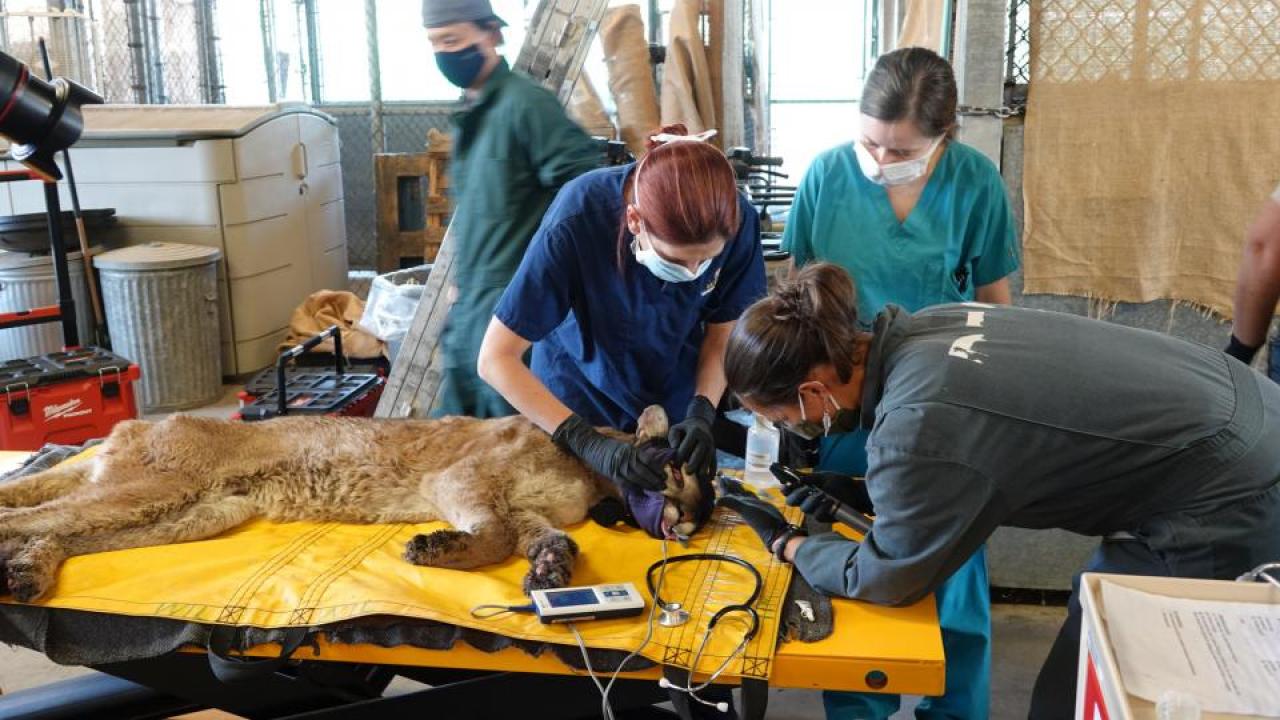 In wildfire-beleaguered California, firefighters and emergency personnel race to help humans, livestock and neighborhoods across the state, year after year. Now, a new network is being created to help treat injured individuals from an overlooked population — wildlife.

The Wildlife Disaster Network is a partnership between the University of California, Davis, School of Veterinary Medicine and California Department of Fish and Wildlife. It aims to quickly and efficiently mobilize the people and resources needed to aid wildlife affected by wildfire and other disasters.

[Read more details in the CDFW’s feature story: “The Wildlife Disaster Network Is Created to Meet a Burning Need.”]

The new network’s mission and structure is modeled after the UC Davis-led Oiled Wildlife Care Network, created in 1994 to mobilize volunteers and professionals to rescue and treat shorebirds and other wildlife that are injured during oil spills.

“Through OWCN, we’ve seen how effective a mobilized and coordinated response can be to help aid wildlife, and I’m excited to see how the Wildlife Disaster Network can bring that same level of care to wildlife affected by wildfire,” said Michael Ziccardi, director of OWCN and the One Health Institute at UC Davis.

The network builds on the strengths of the pioneering work of Jamie Peyton, project lead and chief of the Integrative Medicine Service with the UC Davis Veterinary Medical Teaching Hospital. Beginning in 2017, Peyton partnered with CDFW to apply an innovative burn treatment — tilapia skins — to the paws of two bears and a mountain lion affected by the Thomas Fire. The treatment has since been used to treat burns on several animals — from foxes and coyotes to horses, kittens and kangaroos.

Peyton said most of the animals she treats have been found “passively,” with someone finding them and bringing them in for treatment.

“But what about all the other ones left behind, what happens to them?” she said. “We know how much they suffer when they have injuries. It’s our goal to find them, treat them and have a network of rehabilitation groups ready to help them.”

The Wildlife Disaster Network will include veterinarians, wildlife biologists, ecologists, trained animal care volunteers and rehabilitation centers. It will involve field reconnaissance in the aftermath of fires, conducted by UC Davis-affiliated staff, with the approval and oversight of Incident Command, when conditions are deemed safe to do so.

“The idea is to create a collaborative process — which works within any existing emergency incident command structure — that brings experts together to respond to injured animals and prevent suffering,” said project collaborator Deana Clifford, a CDFW wildlife veterinarian who was treating burned wildlife in 2017 when she enlisted Peyton to help with their burn and pain management. That resulted in the team’s first tilapia-skin wildlife patient — a bear cub suffering burns on her paws and feet.

The Wildlife Disaster Network has established a hotline 1-800-WHC-OIL-9 (1-800-942-6459) for first responders, utility workers and the general public to call in for assistance with coordinating care for injured wildlife.

Ongoing financial support for the effort is conducted through fundraising from private donors via a gift fund to be established by UC Davis.

The Wildlife Disaster Network joins the efforts of several centers at the UC Davis School of Veterinary Medicine that assist animals in distress. In addition to OWCN, these include the care provided by small and large animal clinics, as well as the Veterinary Emergency Response Team, or VERT, which has helped rescue and treat many animals affected by recent wildfires.