Please consider a one-time or recurrent gift. Or for information about naming opportunities and planned gifts, please contact: Hnouzong Her
svmadvancement@ucdavis.edu
(530) 752-7024 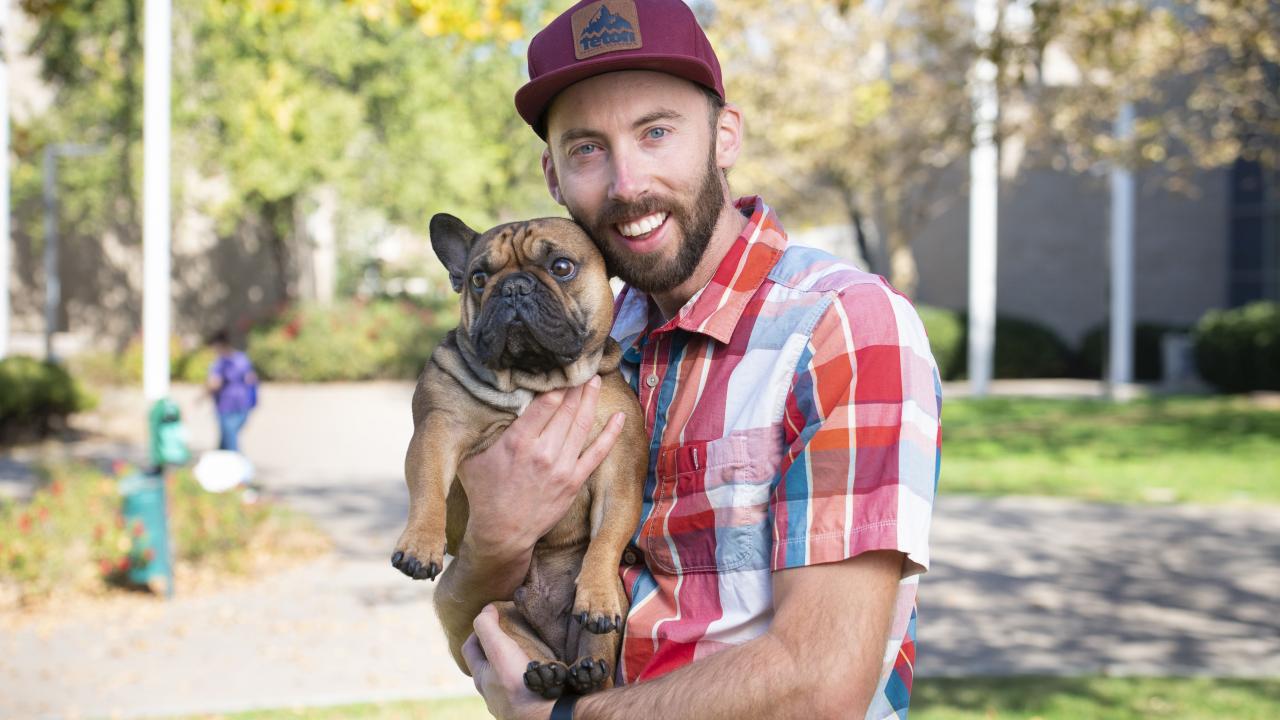 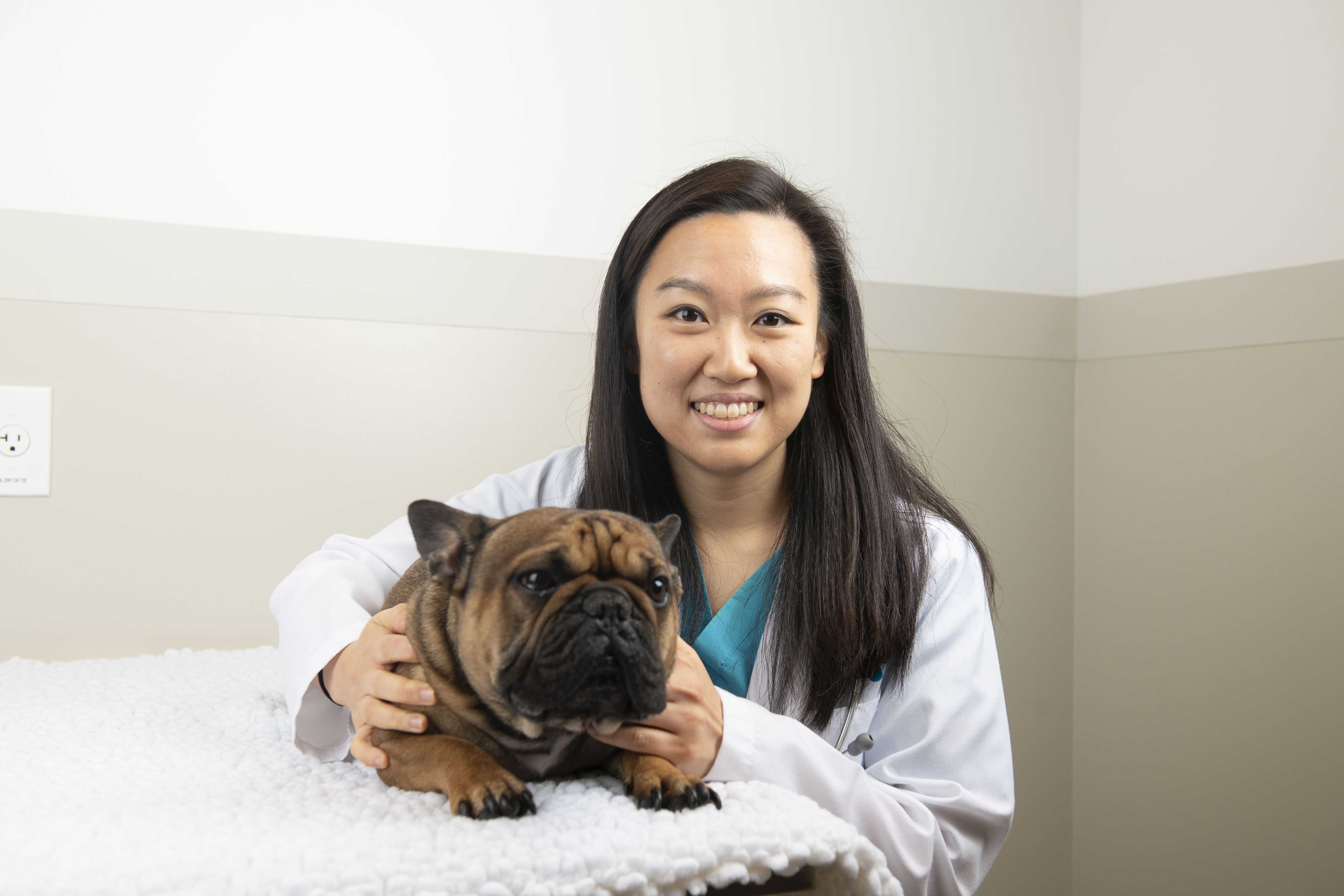 Barley, a 3-year-old male French bulldog, severely hurt himself while jumping off the couch, rendering him paralyzed in his back legs. Barley’s regular veterinarian told Barley’s owner, Rob Beasom, to take him to the UC Davis veterinary hospital emergency room.

Dr. Karen Park, a second-year small animal surgery resident, led the team treating Barley. Working closely with neurologists and the Diagnostic Imaging Service, they determined that Barley was suffering a herniated disc resulting in compression of the spinal cord – the cause of the paralysis. However, the imaging also showed evidence of a root cause of the injury: intervertebral disc disease (IVDD), which was causing degeneration at multiple disc sites.

Barley’s care team was confident they could correct his immediate problems with surgery, but his IVDD is a degenerative disease that could continue to cause spinal cord compression issues in the future. Dr. Park and neurology/neurosurgery faculty member Dr. Chai-Fei Li performed a hemilaminectomy surgery that relieved the compression of Barley’s spine. During the surgery, they also performed a fenestration, which provides additional measures to reduce the chances of future disc herniation from the disease.

Six weeks after surgery, Barley visited Dr. Park for his follow-up appointment. She is happy to report that Barley’s recovery is going well, and he can gradually return to normal activity at home, starting with 10-15 minute walks a few times a day. However, jumping off the couch and rough play are still off limits for several months and to be limited for the remainder of his life.

As part of the Veterinary Medical Center project, UC Davis will construct an entirely new Small Animal Clinic, expanding the size and scope of the current hospital. This will open new training opportunities for residents like Dr. Park, and more collaboration opportunities for UC Davis’ more than 30 specialty services, the most in the country. The increased capacity and capability will benefit many more animals like Barley.

UC Davis is in the midst of the largest fundraising campaign undertaken by a veterinary school, to build the world’s premier veterinary medical center. With more than $100 million of the $500 million needed raised, construction for the first stage has already begun.

The center features five primary areas: The All Species Imaging Center, the Small Animal Clinic, the Equine Performance Center, the Equine Surgery and Critical Care Center, and the Livestock and Field Service Center.

When complete, the Veterinary Medical Center will be a place of healing, innovation and discovery that advances all of veterinary medicine.