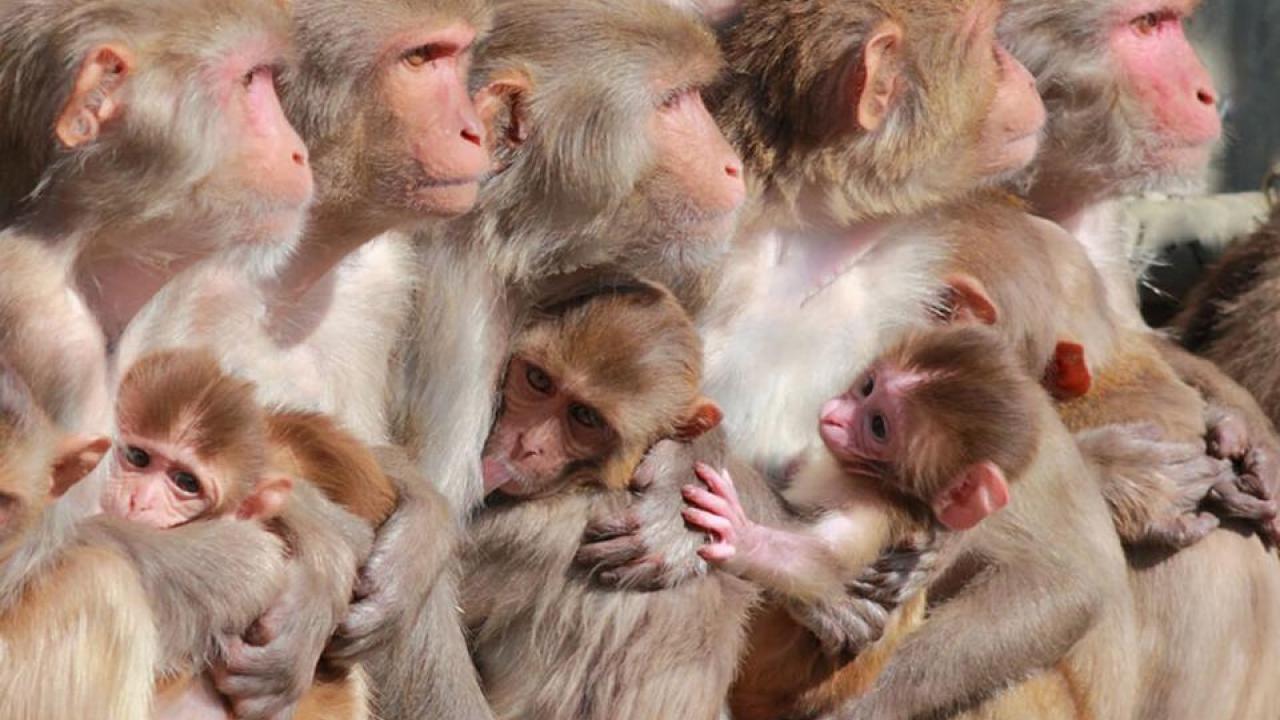 Rhesus macaques naturally exposed to wildfire smoke early in pregnancy had an increased rate of miscarriage, according to new research from the California National Primate Research Center at the University of California, Davis. The work is published online in the journal Reproductive Toxicology.

In November 2018, smoke from the Camp Fire in Paradise, California, about 100 miles away blanketed the Davis area. Air quality exceeded national limits and reached unhealthy levels.

The disaster coincided with the peak of breeding season for the center’s colony of rhesus macaques. Hundreds of animals at the center live in outdoor corrals in large family groups. Breeding typically takes place in the fall, with offspring born in spring after an average gestation of 166 days.

The researchers randomly selected 66 female animals of reproductive age from the colony to follow for pregnancy outcomes. They were compared to pregnancies from nine previous years.

Of the 66, 45 became pregnant while levels of smoke pollution were high, based on measurements of small particles (PM2.5). Twenty animals conceived after air quality had returned to normal levels in December. One animal did not become pregnant.

There were 37 live births among the 45 animals exposed to wildfire smoke during early pregnancy, a rate of 82%. The average rate of live births in the previous nine years, with normal air quality, varied from 86% to 93%. The 20 animals not exposed to smoke during pregnancy all had successful live births.

“There was an increase in miscarriage among the primates exposed to wildfire smoke during the 2018-2019 breeding season compared to primates from the nine preceding breeding seasons,” Willson said. Most pregnancies did result in a successful birth, she noted.

Although there are some important differences, rhesus macaques are considered a useful animal model for human pregnancy. Previous studies have associated poor air quality with reduced birth weight in human babies but not with increased risk of miscarriage.

Pregnant women should consider themselves as being a “sensitive group” for poor air quality, she said, similar to people with asthma or other lung conditions. Willson recommended minimizing time spent outdoors when the air is unhealthy for sensitive groups, and wearing a mask that can filter fine particles.

The study did not establish a cause for the increased rate of miscarriage, but air sampling showed that Camp Fire smoke contained both oxidized organic material — probably from burning vegetation — and phthalates, likely from burning plastic in houses or other human-made structures. Phthalates are known to be endocrine disruptors, Willson said.

Additional co-authors on the study were: Nancy Gee at the Center for Health and Environment and California National Primate Research Center; Lijuan Li and Qi Zhang, UC Davis Department of Environmental Toxicology; and Neil Willits, Department of Statistics. Willson is currently a fellow at Cedars-Sinai Medical Center, Los Angeles.