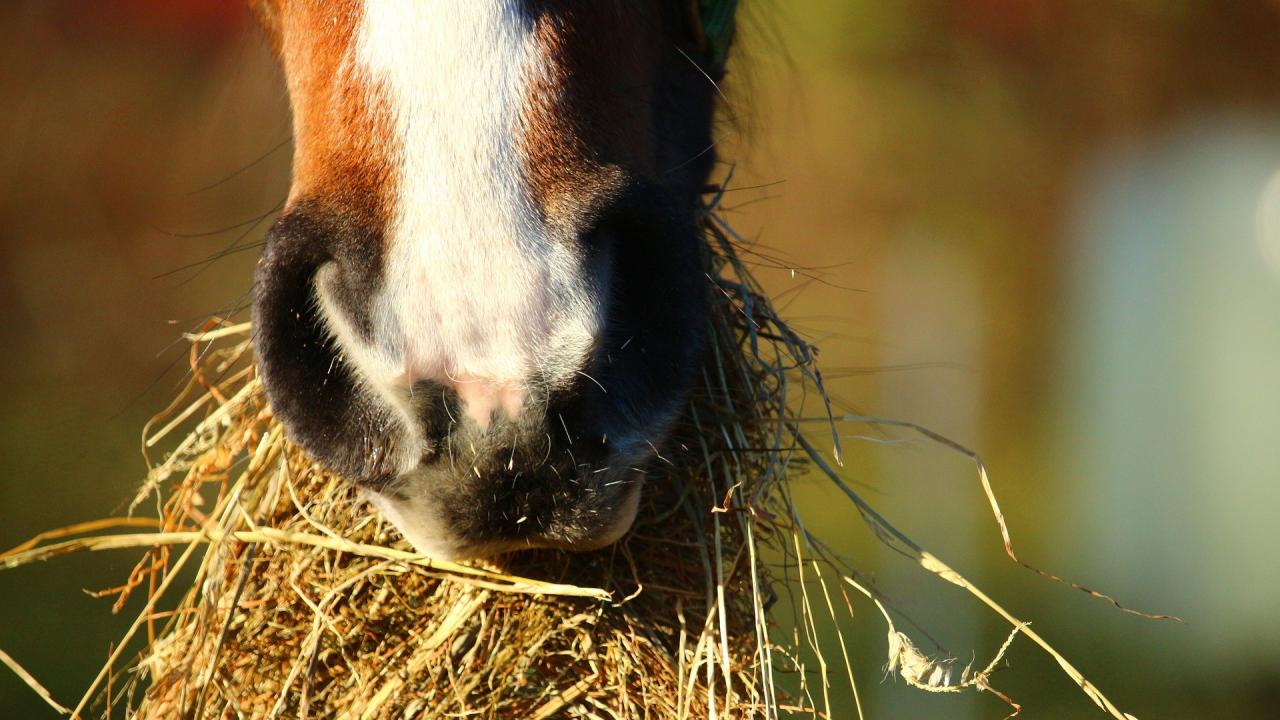 Although no cases of botulism have been reported in horses in California related to a recent outbreak, the state has been involved in the investigation through the California Animal Health and Food Safety (CAHFS) Laboratory at the University of California, Davis, School of Veterinary Medicine.

In December, the U.S. Food and Drug Administration (FDA), along with state departments of agriculture in Colorado, Louisiana, New Mexico, and Texas, reported botulism as the suspected cause for cases of neurologic illness in nearly 100 horses, of which almost half died or were euthanized. Alfalfa cubes were identified as a common food source among cases, and Manzanola Feeds recalled Top of the Rockies alfalfa cubes with specific date codes that were distributed in at least 10 states.

Botulism is caused when Clostridium botulinum spores are ingested and release a neurotoxin. The toxin blocks the communication between nerves and muscles, resulting in progressive flaccid paralysis and reduced muscle strength. This can lead to difficulty breathing and heart failure. Although rare, it is fatal unless treated with antitoxin. Horses are more susceptible to botulism than many other species. Recovery from the disease can be difficult and lengthy, as documented in this case treated at UC Davis several years ago.

The CAHFS Laboratory - San Bernardino, led by branch chief Dr. Francisco Uzal, is one of the only laboratories in the U.S. with the ability to perform the current gold standard test for diagnosing botulism. The laboratory received feed samples, as well as samples of stomach contents, liver, or blood from intoxicated animals, from several states affected by the current outbreak.

“We are still testing; it is very laborious work,” said Uzal. “So far, we have identified the toxin in alfalfa cubes, but we have not picked it up in animal samples.”

Clostridium botulinum is a bacterium that thrives in low oxygen environments. It can be found in soil, decaying plant matter, and animal carcasses. Cases of feed contamination are often due to the accidental presence of animal remains in food or water. Horse owners should always examine feed and water sources closely to ensure there is no evidence of animal remains that could potentially cause illness. It is important to notify your veterinarian if you think that your horse has ingested contaminated feed.

“It is always advisable to discuss the situation with your veterinarian first,” said Uzal. “Their knowledge and expertise provide important filters.”

The current situation is ongoing, and the FDA will provide additional information when it is available.