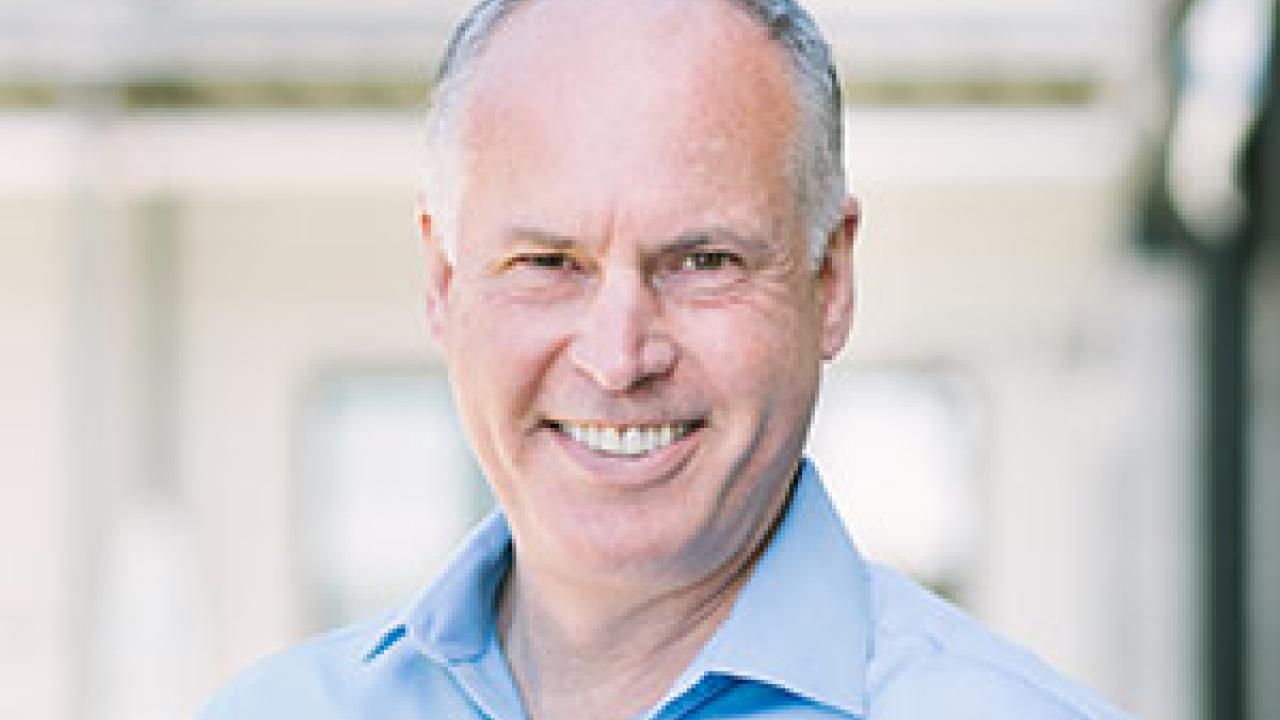 To honor his decades spent ensuring the welfare of marine mammals and the survival of critically endangered species, the American Veterinary Medical Association (AVMA) recently honored Dr. Jeff Boehm, chief executive officer of The Marine Mammal Center, as the winner of the 2021 AVMA Animal Welfare Award.

The AVMA Animal Welfare Award is presented to an AVMA member veterinarian in recognition of their achievement in advancing the welfare of animals via leadership, public service, education, research/product development and/or advocacy. It is one of three AVMA Animal Welfare and Human-Animal Bond Excellence Awards presented annually during National Pet Week, supported through educational funding from Merck Animal Health.
.
“I have been privileged to dedicate my career to inspiring people to care about and conserve wildlife,” said Dr. Boehm. “The AVMA Animal Welfare Award is an extraordinary honor, and this recognition is an inspiration and a further motivator to continue these pursuits.”

Throughout his career, Dr. Boehm has worked tirelessly in the field of aquatic animal health and welfare. As CEO of The Marine Mammal Center, the world’s largest marine mammal hospital, Dr. Boehm has championed the conservation of marine mammal populations and species, some of which are on the brink of extinction, as well as overseen the development and refinement of numerous veterinary protocols, procedures, tools and techniques to advance the humane care and welfare of individual marine mammals in distress.

Dr. Boehm was particularly instrumental in the creation of the Center’s hospital in Kona, Hawaii, Ke Kai Ola, dedicated to helping individual Hawaiian monk seals survive so this critically endangered species as a whole can thrive. Under his leadership, the Center has also increased its capacity to rehabilitate southern sea otters, a threatened species in California, as well as increased disentanglement efforts of seals, sea lions and whales.

As the former senior vice president over animal health and conservation science at the John G. Shedd Aquarium in Chicago, Dr. Boehm established the aquarium’s first fully developed veterinary hospital, a pioneering concept for aquariums at the time, that brought contemporary veterinary medicine and welfare to managed collections of aquatic species. During his 16 years at the Shedd Aquarium, Dr. Boehm developed an expertise in seahorse welfare, care and conservation, and established an international partnership to focus on welfare issues impacting them, such as overfishing and habitat loss and degradation.

Dr. Boehm received his doctor of veterinary medicine degree from the University of California at Davis in 1990. He is a diplomate and founding member of the American College of Animal Welfare and served as its president from 2018 to 2020.

The AVMA, founded in 1863, is one of the oldest and largest veterinary medical organizations in the world, with more than 97,000 member veterinarians worldwide engaged in a wide variety of professional activities and dedicated to the art and science of veterinary medicine.