Michael Muir has always been fascinated with genetics and breeding. As a child, he bred mice for different coat colors. By the age of nine, a family friend helped him start a small flock of sheep that he bred and raised for the local 4H in his hometown of Dixon, California.  By the age of 12, with the money he earned from selling prized lambs, Muir bought his first mare who happened to be in foal, with a filly by her side. 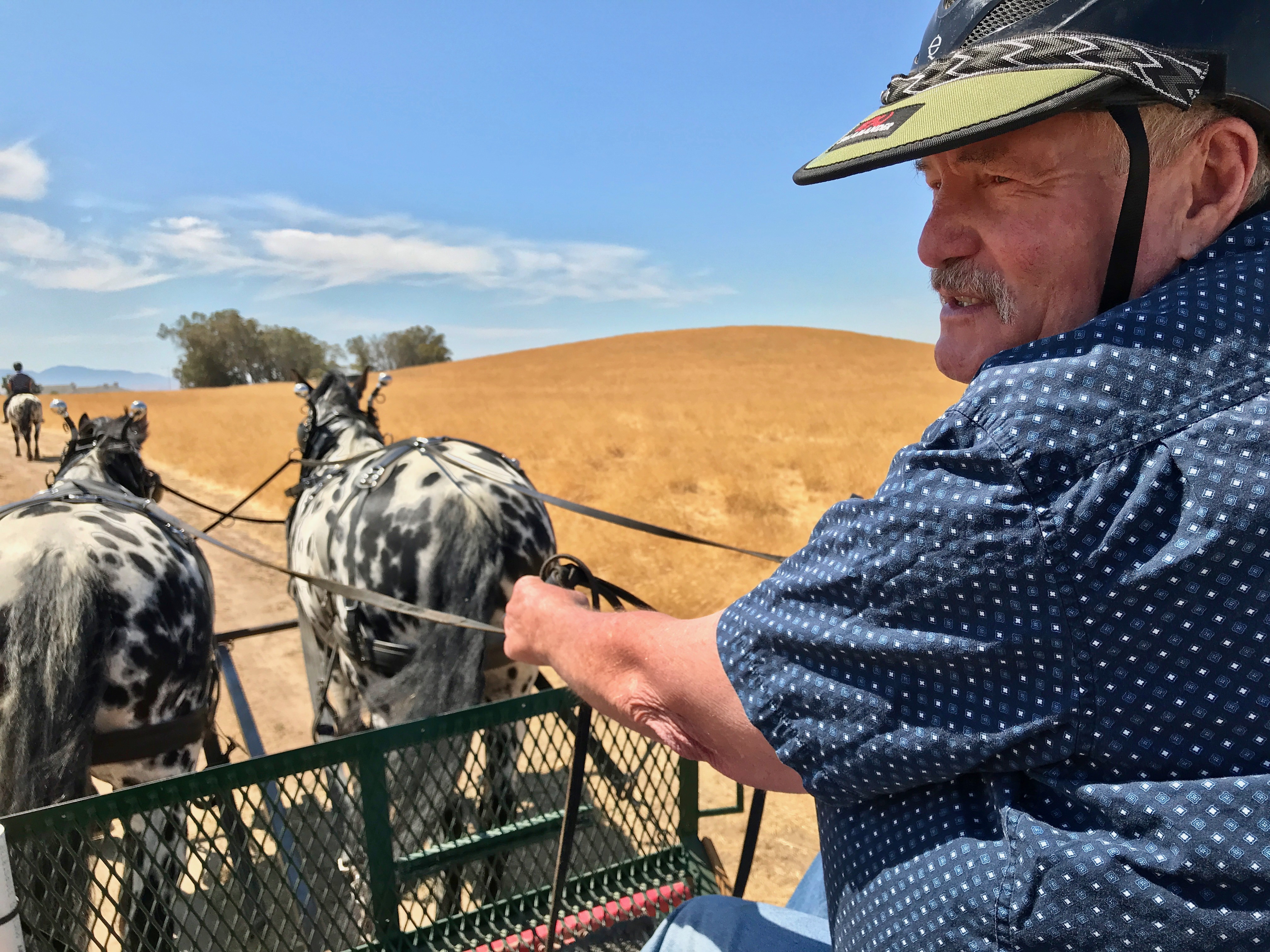 More than 50 years later, Muir is still breeding horses and has relied on the expertise of the veterinary hospital’s Equine Field Service to help care for them. Initially, he worked closely with Drs. John Hughes and Irwin Liu. Along with a rotating group of students, they helped Muir in breeding more than a hundred mares annually in the 1970s.

“They would bring the students out to Allendale Farms in Dixon, and I learned right alongside them,” said Muir, great-grandson of America’s visionary conservationist John Muir. “They taught me a lot about breeding and general medical care.”

By the time Muir reached his late 30s, the multiple sclerosis he was diagnosed with in his teens made it difficult for him to ride in the saddle, so he shifted his focus to carriage driving. He started breeding what he calls the Stonewall Sporthorse—a blend of strength, stamina, beauty, and gentle disposition.

“I didn’t let my disease stop me from being a horseman, although I have a good deal of help,” Muir said. “Driving is a lot of fun—it wasn’t too hard to give up the saddle.”

Muir credits Drs. Sharon Spier and Joie Watson with helping him to develop consistency in the Stonewall Sporthorse, a unique American warmblood with genetic contributions from European warmbloods, Percherons, Friesians and Thoroughbreds to add hybrid vigor to the breed. Although many of Muir’s horses exhibit striking spotted coats, leading some to believe they are of mostly Appaloosa heritage, they owe their colorful markings to the Danish Knabstrupper.

At times, Muir sends mares to the UC Davis veterinary hospital where they are carefully monitored for the optimal time to inseminate with frozen sperm—even if that is 3:30 in the morning. Most recently, the Equine Reproduction Service was pivotal in the pregnancies achieved with frozen semen from Great Britain with the stallion Palousa San Sebastian. “Pregnant by FedEx,” Muir calls it. 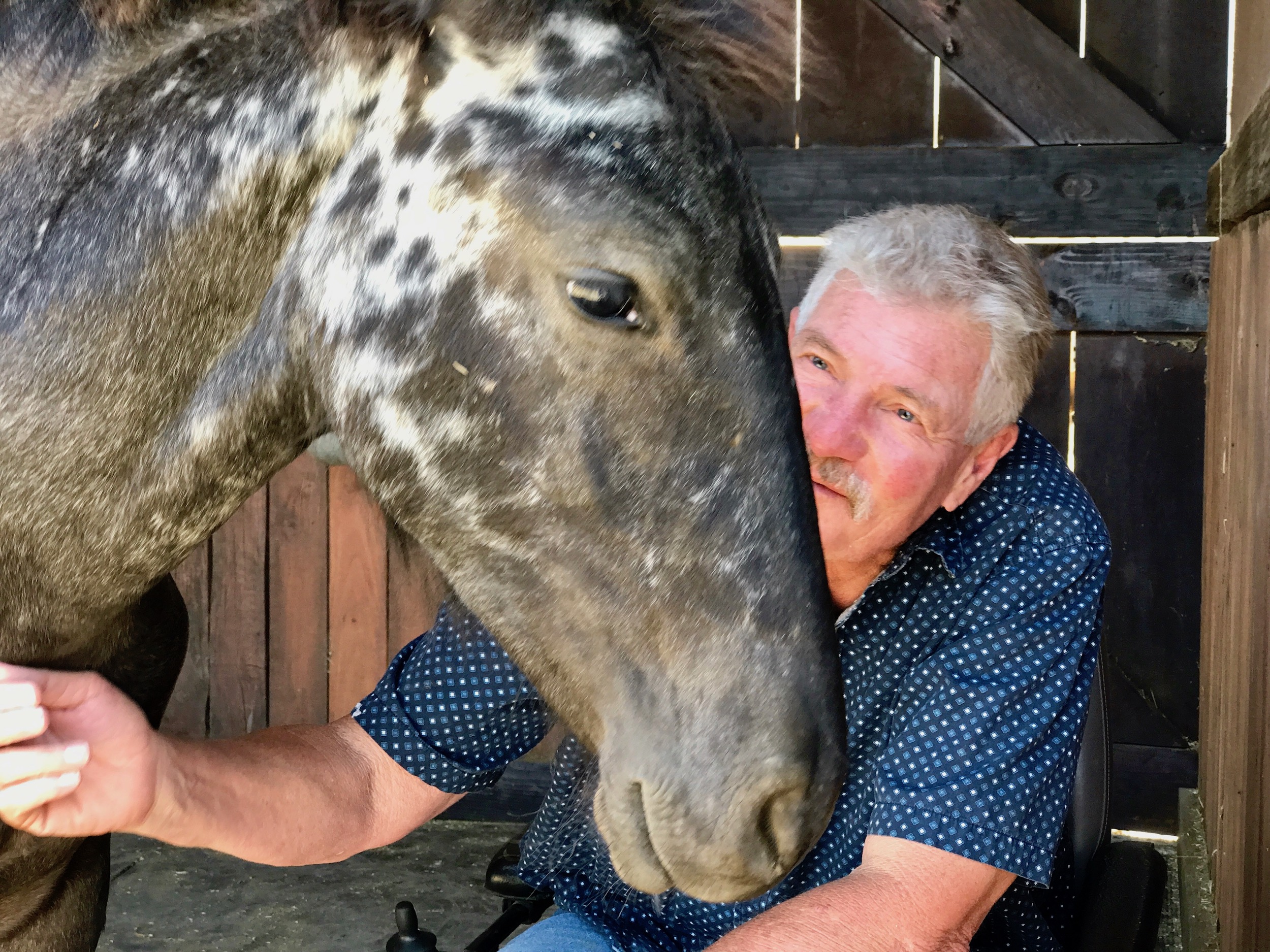 Perhaps more important than all of the success Muir has had in breeding horses is the impact he’s had on the lives of people with disabilities since 2005 when he founded Access Adventure. From a home base at Rush Ranch on 2,070 acres of open space in Solano County adjacent to Suisun Marsh, Muir structures the program to provide outdoor recreation, open space access, education and equine therapy. The free program is now America’s premier therapeutic driving program, serving hundreds of participants each year.

“We focus on what is possible, not on what we have lost,” said Muir, who has twice driven a team with a wheelchair accessible carriage across the United States to promote equine sports for people with disabilities. “Our horses are the bridge that compensates for our lost function. Disability does not mean inability.”

Muir acknowledges the pivotal role that the field service team and the staff at the UC Davis Veterinary Hospital have played in his life with horses over the past half century.

“I am deeply grateful for what they have done in helping me to develop and maintain the unique Stonewall Sporthorse.”