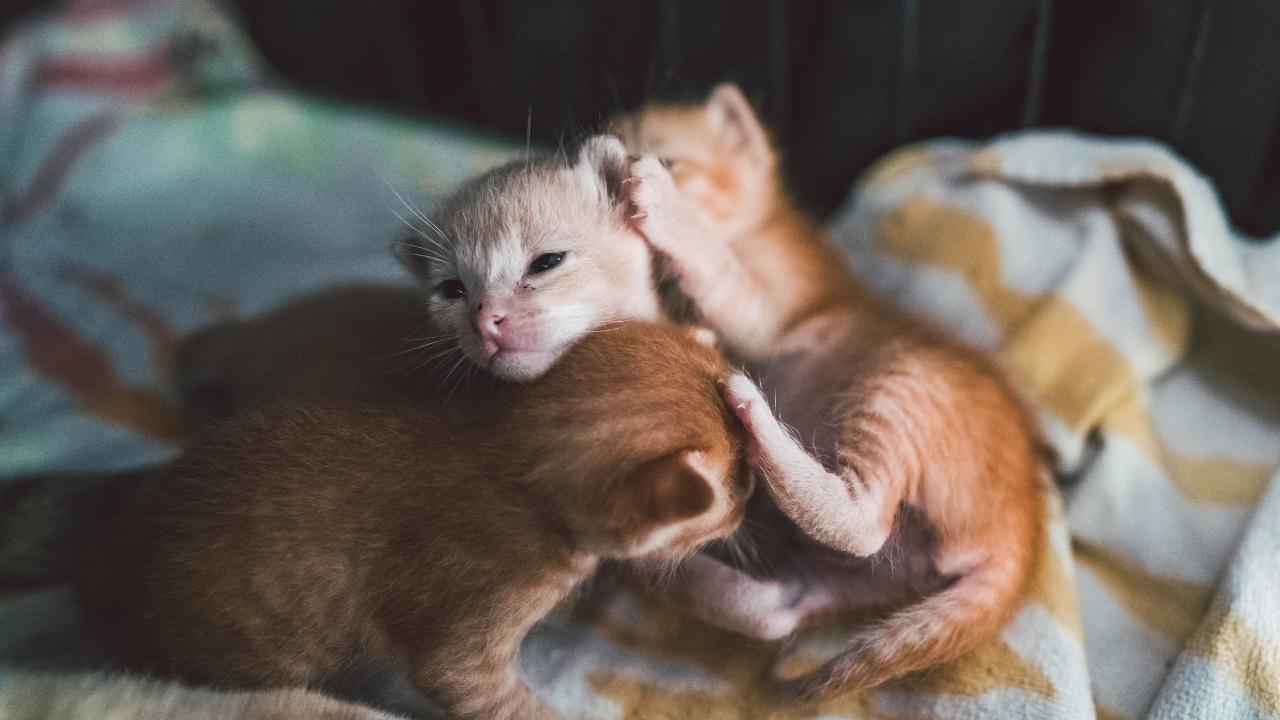 Young animals spend many hours a day nursing on their mothers; even when no milk is released, they will still suckle, which is called “non-nutritive sucking.” Unfortunately, when animals are separated from their mothers too soon, they may start sucking their littermates’ bodies. This behavior has been well documented in animals such as calves and piglets, and now, thanks to new research from the UC Davis School of Veterinary Medicine (SVM), in domestic cats.

Many kittens become orphaned when their mothers die, or if well-meaning humans take them while their mother is away finding food. While studying the health and behavior of orphaned kittens in local foster homes, SVM researchers discovered that 40 percent of the litters were sucking on each other. Cross-sucking can lead to genital injuries and skin irritation, with some kittens harmed so badly by the relentless sucking that they must be euthanized.

To better understand this behavior, Dr. Mikel Delgado, a postdoctoral fellow at the SVM, and colleagues recently surveyed foster caretakers of 1,358 kittens less than 60 days of age. The results were recently published in the journal Applied Animal Behaviour Science.

The researchers found that being orphaned increased the risk of sucking behavior to almost six times that of litters raised by mothers. Being bottle-fed and separated from the mother earlier in life also increased the chance that kittens would suck on littermates. Male kittens were most likely to be targets of sucking behavior, which primarily occurred on the stomach and genital region.

Most survey respondents reported that they separated “suckers” from their litters to stop sucking behavior. Unfortunately, attempts to reunite kittens led them to resume sucking over 73 percent of the time.

“We are concerned about the welfare issues related to socially isolating kittens who have already been separated from their mother,” Delgado said. “They likely benefit from the warmth and contact of other kittens.”

Along with colleagues at the SVM, Delgado applied for and received a grant from the Winn Feline Foundation to investigate whether a surrogate mother—a plush stuffed animal with artificial nipples—can prevent or reduce the severity of cross-sucking in kittens.

“We hope that providing orphans with a pacifier of sorts can give them an outlet for normal non-nutritive sucking,” Delgado said.

They also hope to determine whether cross-sucking as a kitten leads to issues when cats are adults.

This research was supported by funding from Maddie’s Fund.