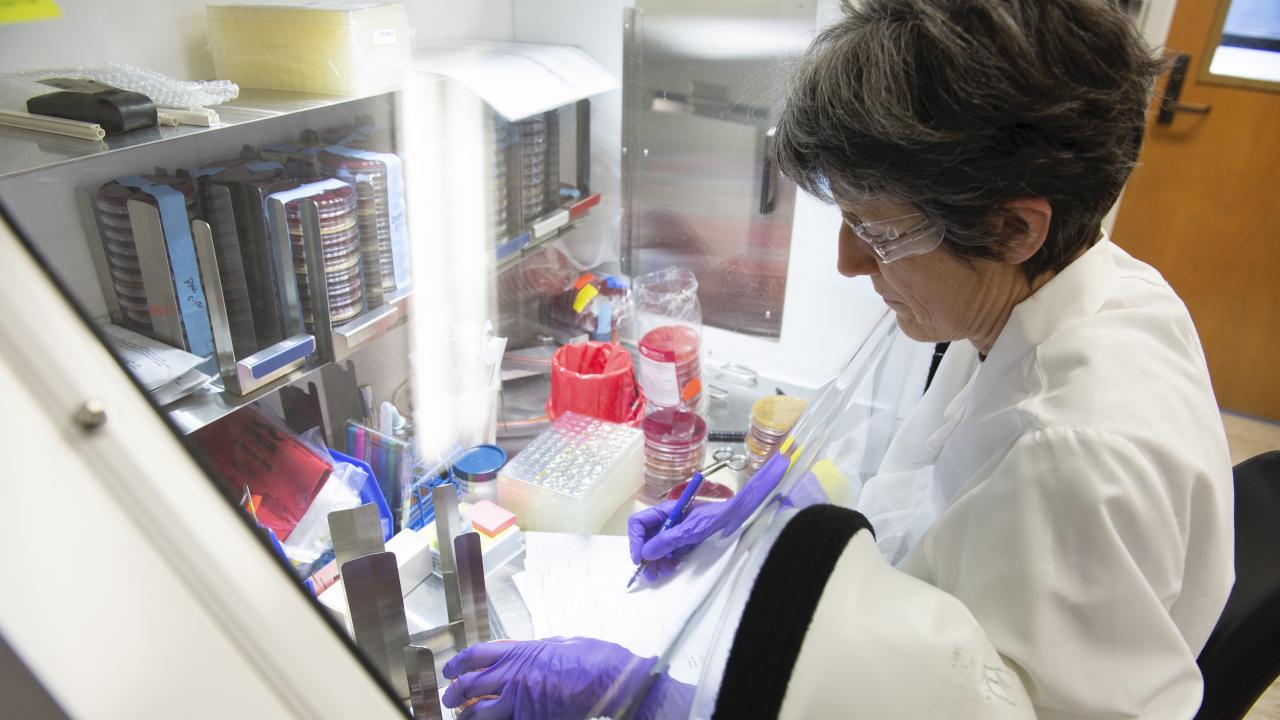 The University of California, Davis, nearly matched its record level of annual research funding in 2018-19, receiving $845.5 million in grants and contracts, coming in at $1.2 million below the previous year’s record-setting total of $846.7 million.

“I’m pleased that our research funding is nearly setting records,” said Chancellor Gary S. May. “From finding new ways to feed the world to fighting global disease, UC Davis researchers continue to excel in pursuing knowledge and innovations that are critical for a better tomorrow.”

The campus received a total of 4,519 awards, representing a wide range of research, services and community outreach, with important contributions from all 10 of the campus’ colleges and schools.

The federal government remains the top source of funding for UC Davis, with grant totals increasing by $26 million for a total of $473 million in awards (not including $88 million from subawards through other institutions). Funding from the National Institutes of Health, a subdepartment of the U.S. Department of Health and Human Services, rose $26.6 million to $272.2 million. Grants from the National Science Foundation also increased for a total of $54.9 million.

Funding from the state of California was down $49 million from the previous year, but remains the second-largest source of research funding at UC Davis with a total of $124.8 million in grants awarded. Support from business and industry was the third largest source of support, with $74.3 million in funding.

“The establishment of UC Davis as a top research university is demonstrated by its continued success in attracting a high level of external funding,” said Vice Chancellor for Research Prasant Mohapatra. “Our researchers impact planetary health and social advancements through their cutting-edge research.”

Health remains a significant research investment from state and federal sources. Last year’s top award of $34.9 million from the California Department of Food and Agriculture went to the California Animal Health & Food Safety Laboratory System, which safeguards public health by providing diagnoses for animal diseases, including those affecting humans.

Other top awards include: $18 million for PREDICT, a USAID project that provides global surveillance of pathogens that can spill over from animal hosts to people; and $17.4 million to the Center for Occupational and Environmental Health, which assists the California Department of Public Health’s Emergency Preparedness Office.