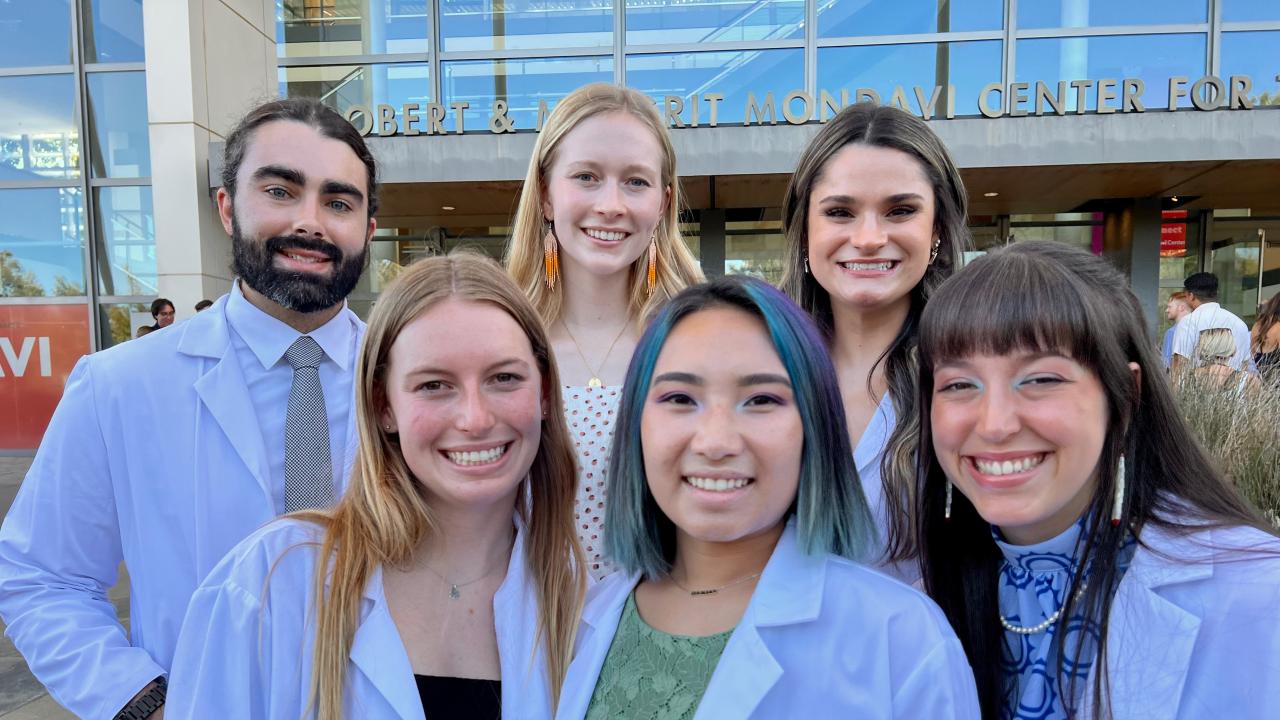 “Reaching these new heights of external investment is a testament to the entire veterinary school community: those who work tirelessly to improve animal, human and environmental health – and the research funders and donors who put their trust in them,” said Dr. Mark Stetter, dean of the school.

Research funding ranged from support for basic science investigation to clinical innovation to grants focused on human health. The school receives the most research funding of any veterinary school in the nation and produces more than 700 published papers annually. Examples of major grants include:

Philanthropic support to the school was directed to many purposes, including:

In addition, the scholarship endowment surpassed $100 million, which generated approximately $4 million in philanthropic student scholarships for the 2021-22 academic year. The school and its donors work to address one of the most pressing issues in the veterinary industry today – reducing student debt.

Students at the school have seen an overall year-over-year decrease in relative tuition for the last three years, while according to exit survey information, the school’s graduates have seen significant increases in starting salaries.

This commitment to aid and keeping fees stable means that UC Davis veterinary graduates have one of the lowest student-debt loads in the country, along with one of the most optimal debt-to-income ratios.

Philanthropic support has been transformative for the school in many ways, from funding the construction of Gladys Valley Hall, which is the instructional heart of the school, to contributing to numerous medical innovations and breakthroughs through the Center for Companion Animal Health.

UC Davis is currently in the “Expect Greater: From UC Davis, for the World,” comprehensive fundraising campaign. The school’s participation includes its Veterinary Medical Center campaign, which is transforming the current veterinary hospital into a comprehensive center for veterinary medicine unlike any in the world.

Learn more about the school