I started my summer in Makassar, which is the largest city in eastern Indonesia. I first met with my local mentor—Dr. Hilal Anshary—who is a professor of fish parasites and diseases at Hasanuddin University in Makassar. He and his graduate students helped me settle in and introduced me to local customs during the first week while we worked together to finish finalizing the details of the research project. My original plan was to study prophylactic methods for clownfish, which is the most important ornamental species in this area. However, there was a fluke infestation at the hatchery that was supposed to provide me with clownfish, so I had to change my plans significantly. I first thought of focusing my project around treatment methods to alleviate the clownfish from the flukes, but it turned out that one of the laboratory staff had already come up with an effective protocol. Eventually, we discovered that the neighboring hatchery was experiencing a major outbreak of Trichodina among their juvenile sea bass population. Trichodina is a type of protozoal parasite, and it was only infecting the gills of the sea bass, although it has also been documented to infect skin. A heavy parasite burden had the potential to reduce the respiratory capacity of the fish and lead to disease, so I chose to focus my project on testing different treatment methods that would be cost-effective and easy to implement. I decided to test two different treatments: formalin bath and a freshwater bath. Formalin has been used traditionally to treat ectoparasites in fish, but formaldehyde gas has dangerous effects when inhaled and consumed. Because the sea bass were going to be sold for human consumption, there may be a potential for formaldehyde residue to cause public health issues. Also, the hatchery using this method would need a system to properly discard of the chemical. Therefore, my main objective was to test the effectiveness of the freshwater bath against the formalin bath, since it would be a much safer option. It turned out that the freshwater bath was still useful in reducing the parasite burden, but it did not eliminate the Trichodina completely like the formalin bath did. If I had more time and resources, I would do another experiment to see how many additional freshwater baths would be needed to kill all the parasites, while at the same time considering if the benefits from the baths would outweigh the stress that the fish would experience.

In addition to the research project, I had the opportunity to leave Makassar and visit two more aquaculture facilities with my mentor. These ones were much larger in scale and cultured multiple aquatic animals (mostly shrimp, but also various types of fish and crabs). It was exciting to learn more about the sheer work that is involved with operating these huge facilities from the perspective of the managers. Disease management seemed to consistently be one of their biggest obstacles, so this experience has made me feel more motivated to discover how I can utilize my veterinary education towards improving health outcomes for cultured aquatic animals.

Unrelated to my research goals, I was also able to participate in the Mars Coral Reef Rehabilitation program, which meant that I was able to dive with a team of volunteers and help maintain underwater structures that were designed to assist with coral growth. The majority of the work involved cleaning algae off the structures so that the coral had a better chance of survival. I also spent a lot of my free time teaching English to some friends that I met during my time there. It was a rewarding experience for several reasons—for example, it helped me realize how much I enjoy teaching and also helped me form life-long connections with locals. I was able to learn so much more about the local culture and language through my interactions with them, which made a major impact on my personal growth. 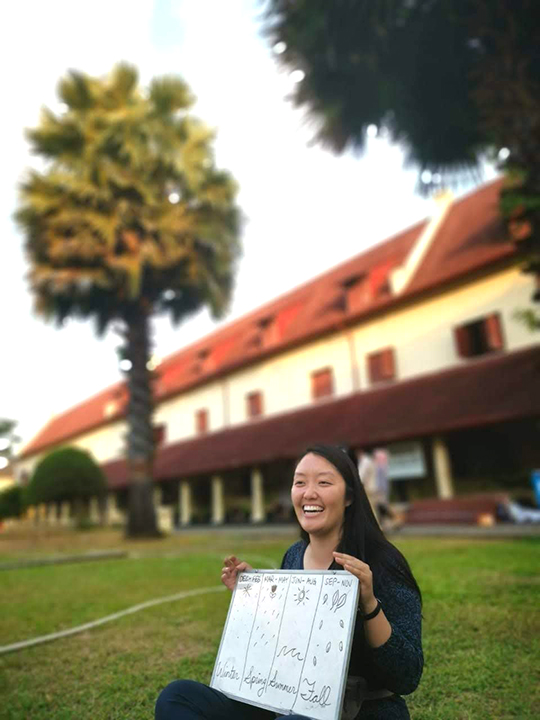 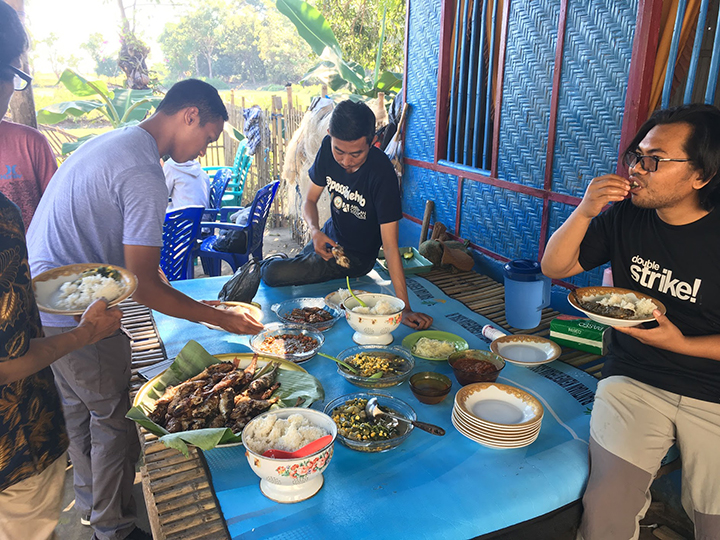 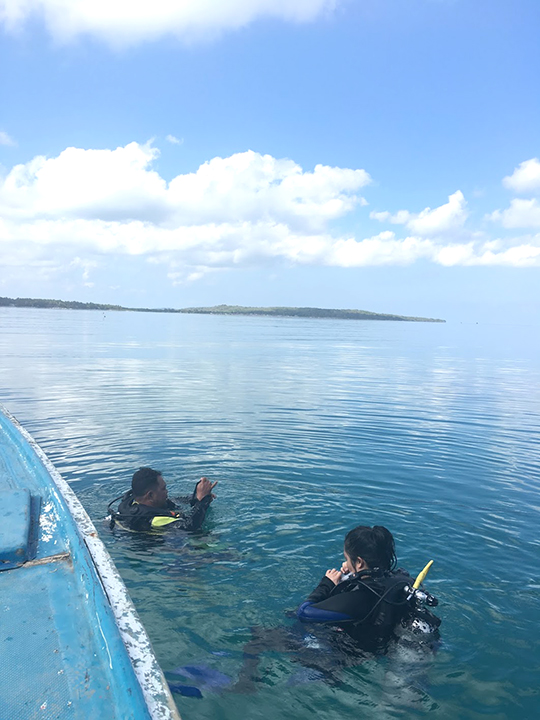