Indian Wolf Among World’s Most Endangered and Distinct Wolves

The Indian wolf could be far more endangered than previously recognized, according to a study from the University of California, Davis, and the scientists who sequenced the Indian wolf’s genome for the first time.

The findings, published in the journal Molecular Ecology, reveal the Indian wolf to be one of the world’s most endangered and evolutionarily distinct gray wolf populations. The study indicates that Indian wolves could represent the most ancient surviving lineage of wolves.

The Indian wolf is restricted to lowland India and Pakistan, where its grassland habitat is threatened primarily by human encroachment and land conversion.

“Wolves are one of the last remaining large carnivores in Pakistan, and many of India’s large carnivores are endangered,” said lead author Lauren Hennelly, a doctoral student with the UC Davis School of Veterinary Medicine’s Mammalian Ecology Conservation Unit. “I hope that knowing they are so unique and found only there will inspire local people and scientists to learn more about conserving these wolves and grassland habitats.” 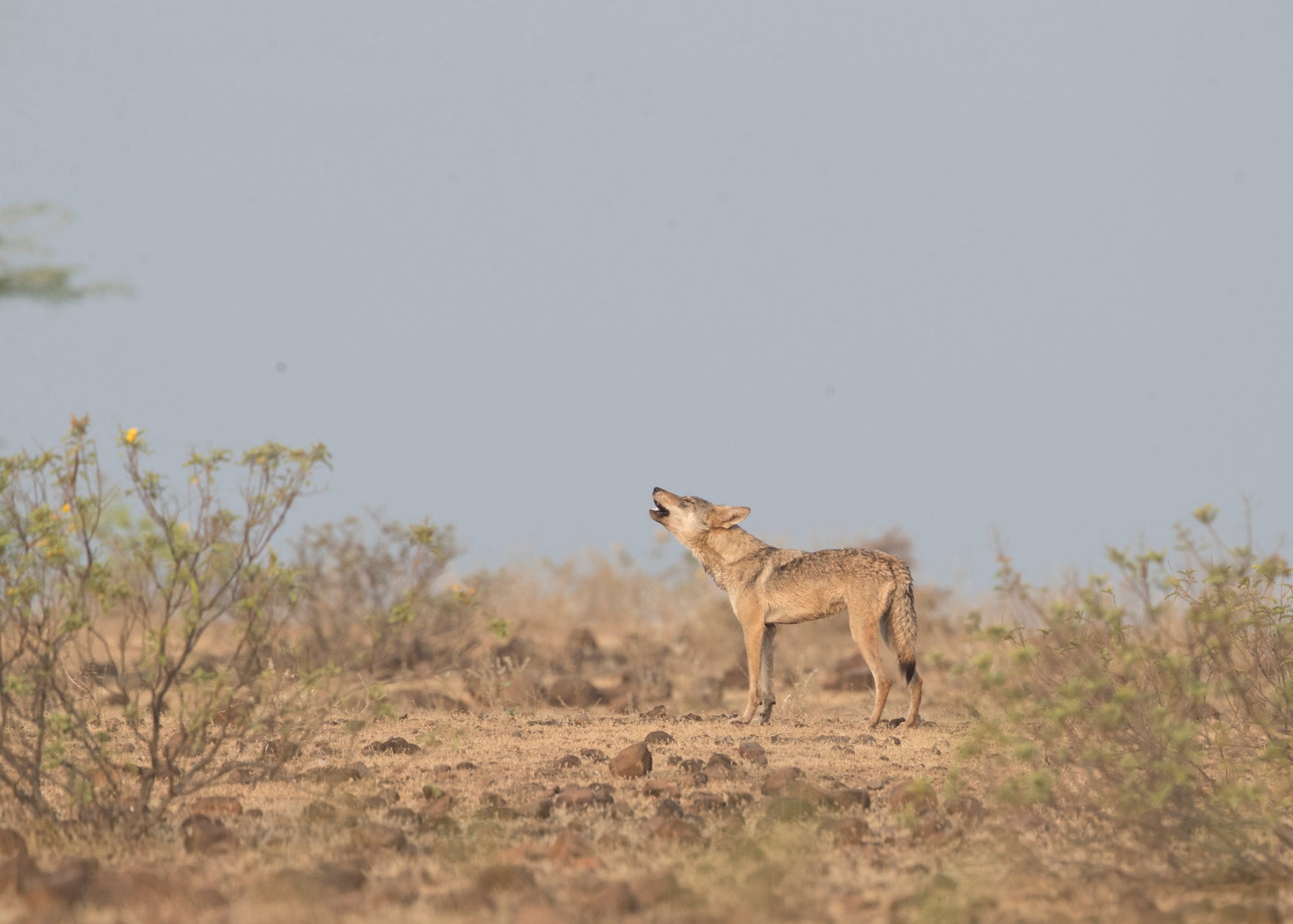 The authors sequenced genomes of four Indian and two Tibetan wolves and included 31 additional canid genomes to resolve their evolutionary and phylogenomic history. They found that Tibetan and Indian wolves are distinct from each other and from other wolf populations.

The study recommends that Indian and Tibetan wolf populations be recognized as evolutionarily significant units, an interim designation that would help prioritize their conservation while their taxonomic classification is reevaluated.

“This paper may be a game-changer for the species to persist in these landscapes,” said co-author Bilal Habib, a conservation biologist with the Wildlife Institute of India. “People may realize that the species with whom we have been sharing the landscape is the most distantly divergent wolf alive today.” 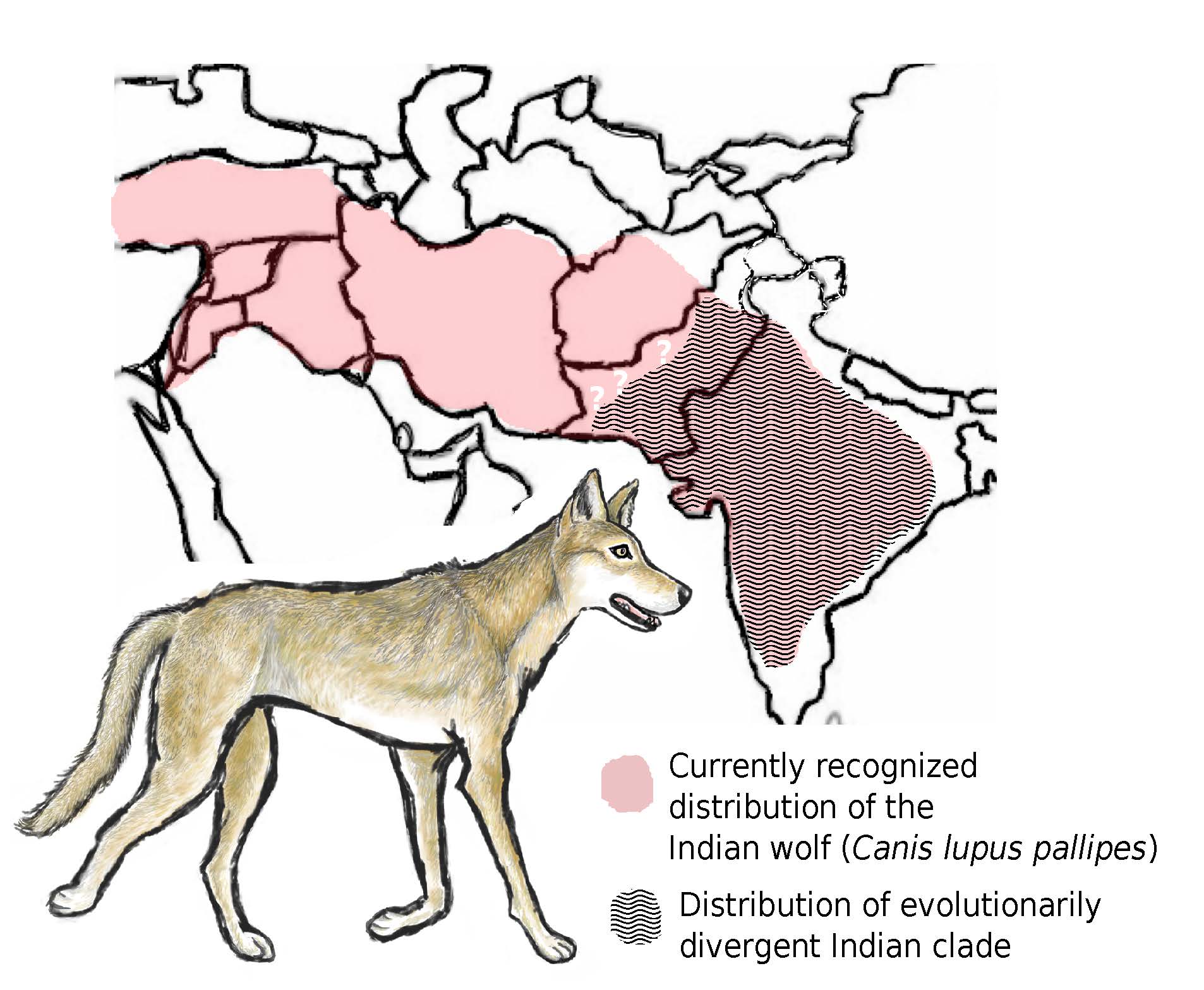 This illustration of an Indian wolf indicates its currently recognized distribution compared with its evolutionarily distinct clade, highlighting how its population is likely smaller than thought. (Illustration by Lauren Hennelly/UC Davis)

Gray wolves are one of the most widely distributed land mammals in the world, found in snow, forests, deserts and grasslands of the Northern Hemisphere. Wolves may have survived the ice ages in isolated regions called refugia, potentially diverging into distinct evolutionarily lineages.

In contrast, this study used the entire genome — the nuclear DNA containing nearly all of the genes reflecting the wolf’s evolutionary history. It showed that the Indian wolf was likely even more divergent than the Tibetan wolf.

“Mitochondrial sequencing alone was not sufficient to make a case,” said senior author Ben Sacks, director of the Mammalian and Ecology Conservation Unit at UC Davis. “Nuclear DNA is the big picture, and it changes the picture. You might assume most genetic diversity of gray wolves is in the northern region, where most wolves are found today. But these southern populations harbor most of the evolutionary diversity and are also the most endangered.” 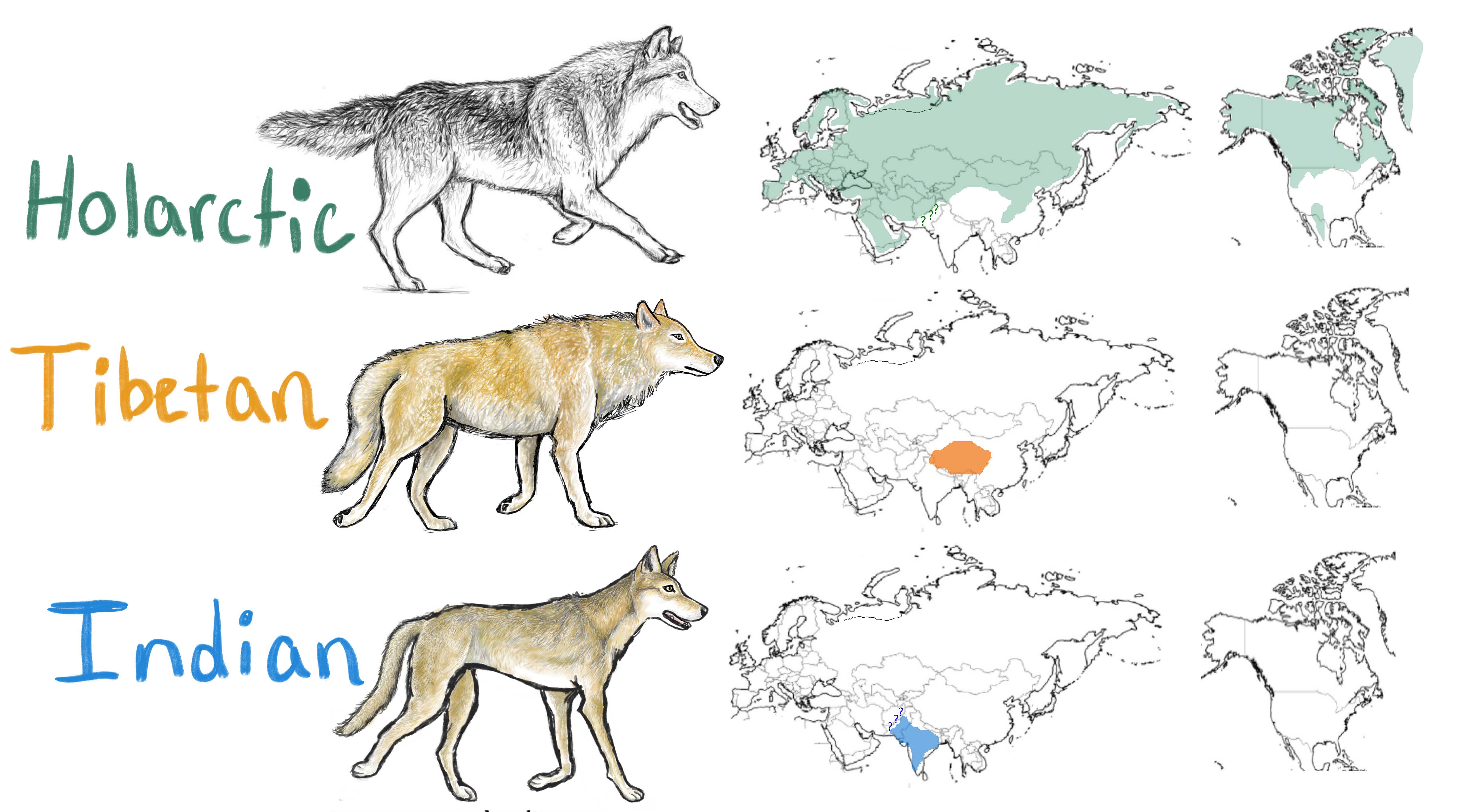 This illustration indicates the ranges of Holarctic, Tibetan and Indian wolf populations across the Northern Hemisphere. (Illustration by Lauren Hennelly, UC Davis)

Both Tibetan and Indian wolves stem from an ancient lineage that predates the rise of Holarctic wolves, found in North America and Eurasia. Sacks said this study indicates Indian wolves could represent the most ancient surviving lineage.

Attention for gray wolves in India is often eclipsed by animals considered more charismatic, such as tigers, lions and leopards. Hennelly, who dreamed of being a wolf biologist in fifth grade, was not aware there were wolves in the region until she conducted field work on birds in the Himalayas. When the opportunity to study wolf howls and behavior in India arose as a Fulbright scholar, she jumped at the chance and began the work and collaborations that led to her team becoming the first to sequence the Indian wolf’s genome.

“I knew that if we sequenced the wolves and the results indicated a divergent lineage, answering that question could really help their conservation at a policy scale that could trickle down and bolster local efforts to help protect these wolves,” Hennelly said.

A separate study led by Sacks about endangered red wolves appears on the cover of the same Molecular Ecology issue in September. Addressing a 30-year-long controversy, that study shows that red wolves are not a colonial-era hybrid between gray wolves and coyotes, as some have argued, but the descendant of a pre-historic North American wolf that diverged from coyotes over 20,000 years ago. Both studies have substantial implications for wolf conservation.

The Indian wolf study was funded by the Ministry of Science and Technology of India, the Wildlife Institute of India, UK Wolf Conservation Trust and UC Davis. Hennelly was also supported by fellowship grants from National Science Foundation and UC Davis.​​ The red wolf study was funded by a variety of sources, including the U.S. Fish and Wildlife Service.

Press kit of photos and illustrations