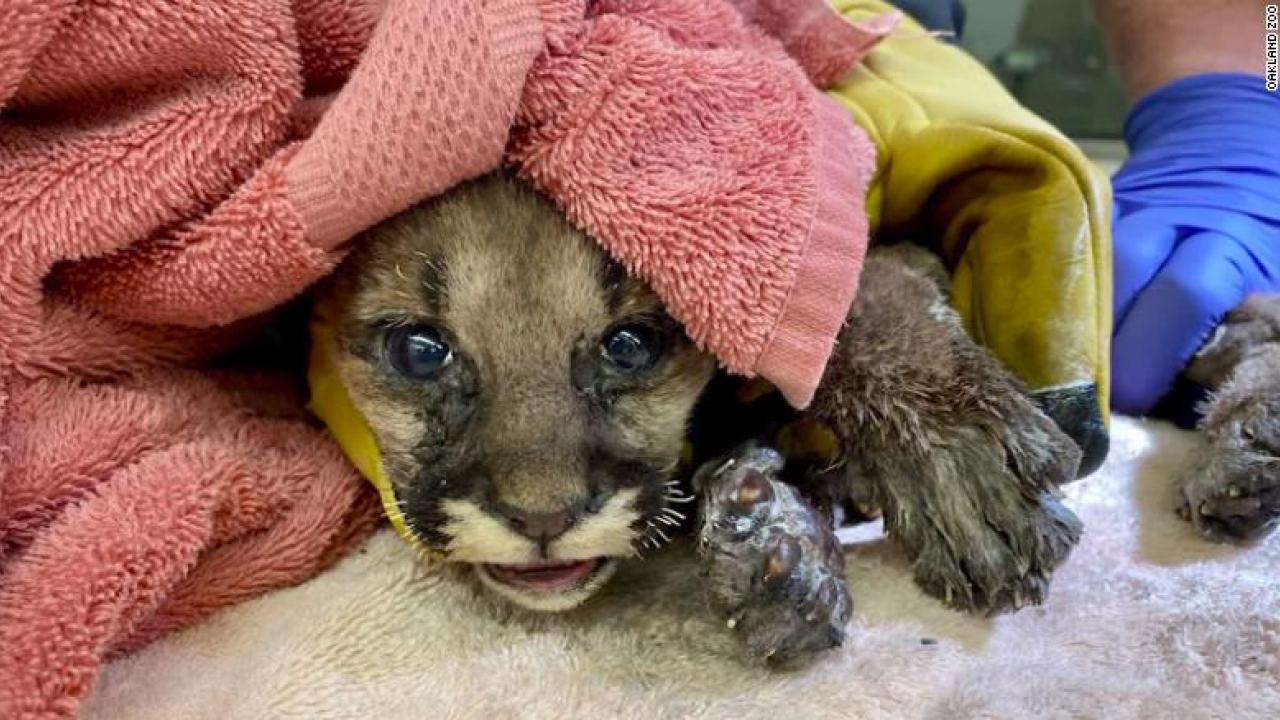 An orphaned mountain lion cub is recovering from burn injuries after being rescued from California's Zogg Fire.

The cub is believed to be only three or four weeks old and was found by a firefighter in Shasta County Sunday, the Oakland Zoo said.

The cub was taken to the zoo after being transferred to the California Department of Fish and Wildlife, which is overwhelmed with creatures displaced by the state's unprecedented fires.

"It's a miracle that he's alive," said Erin Harrison of the Oakland Zoo.

Wildlife biologist Pete Figura works for the Department of Fish and Wildlife. He was tasked with taking the cub from Redding to the Oakland Zoo.

"He was alert & feisty, so that gave me hope that he would be okay," Figura said.

Weighing in at just over three-and-a-half pounds, the cub's whiskers are singed off and his paws are badly burned.

X-rays were taken Thursday to assess the cub's lungs for damage from smoke inhalation and to check for any broken bones. Both came back fine but showed significant damage to the soft tissue of his paws. His eyes are also severely irritated.

The Oakland Zoo is working with the UC Davis Veterinary Medicine Teaching Hospital to treat the cub's burn wounds. He's on pain medication, antibiotics and fluids, and vets are "cautiously optimistic" he'll be okay. The cub is being fed milk through a syringe.

In the wild, mountain lion cubs typically stay with their mothers for about two years until they can hunt and survive alone. Because this cub is orphaned, he can't be released back into the wild and will most likely be placed at an accredited zoo, Harrison said.