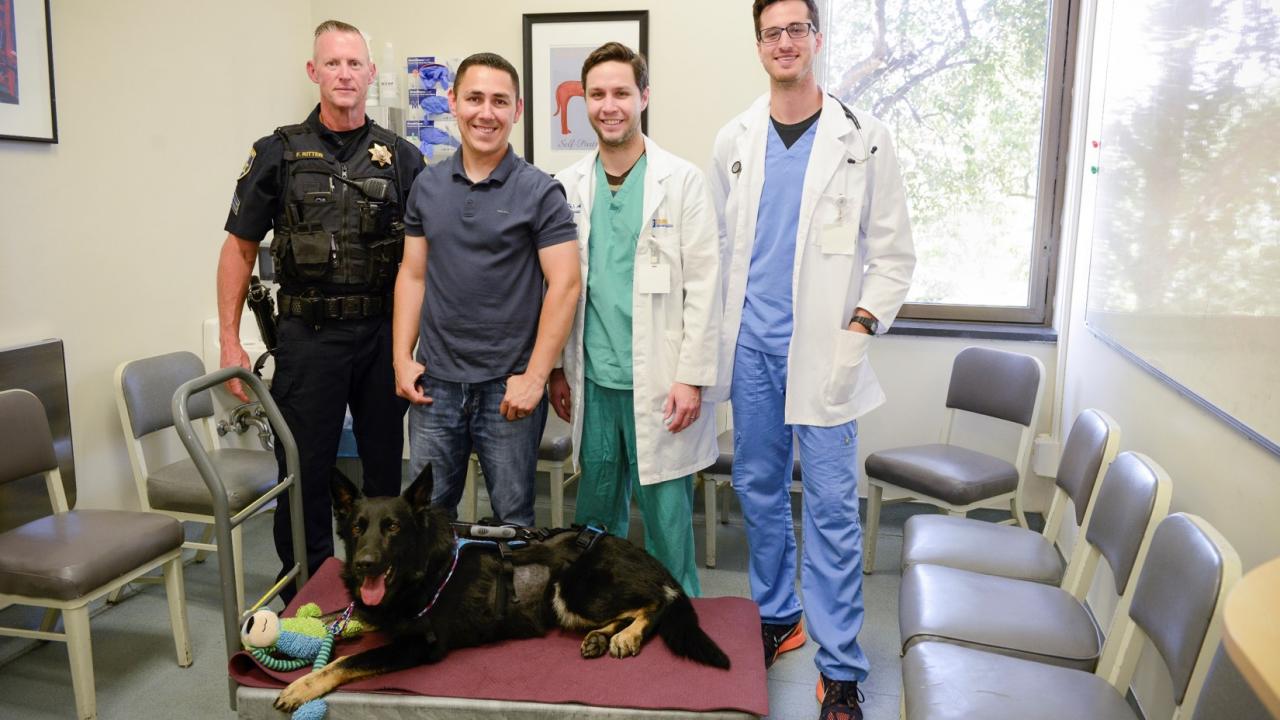 After nine days of hospitalization, following an emergency facial procedure and spinal surgery, Woodland (CA) Police K9 Officer Peydro was discharged from the UC Davis veterinary hospital on June 6. Several police officers, family members, and well-wishers were on hand to celebrate his release. Peydro even received a police escort off campus.

Peydro was critically injured on May 28 while attempting to apprehend a suspect who was fleeing on a bicycle. After chasing the suspect into an intersection, Peydro was struck by a vehicle, causing damage to his teeth and jaws (which will require surgery after his spinal injuries heal), as well as extensive damage to his vertebrae. Pins were placed in his lower back during a 4-hour surgery performed by UC Davis veterinary neurosurgeons. Peydro is able to walk, but he will require months of rehabilitation.

Among the group at Peydro’s release were representatives from the Foothills K9 Association, a non-profit organization established for the sole purpose of promoting the training, safety and health of law enforcement K9s. The organization has been tirelessly raising funds to cover Peydro’s hospitalization and rehabilitation. UC Davis’ Faithful Partner Fund is also contributing to the expenses.

Established in 2015 by the School of Veterinary Medicine and the UC Davis Police Department, the Faithful Partner Fund assists with the medical costs of treating K9 officers, as well as search and rescue dogs, injured in the line of duty.

Contributions to the Faithful Partner Fund can also be made online or by contacting the UC Davis School of Veterinary Medicine Development Office at (530) 752-7024.