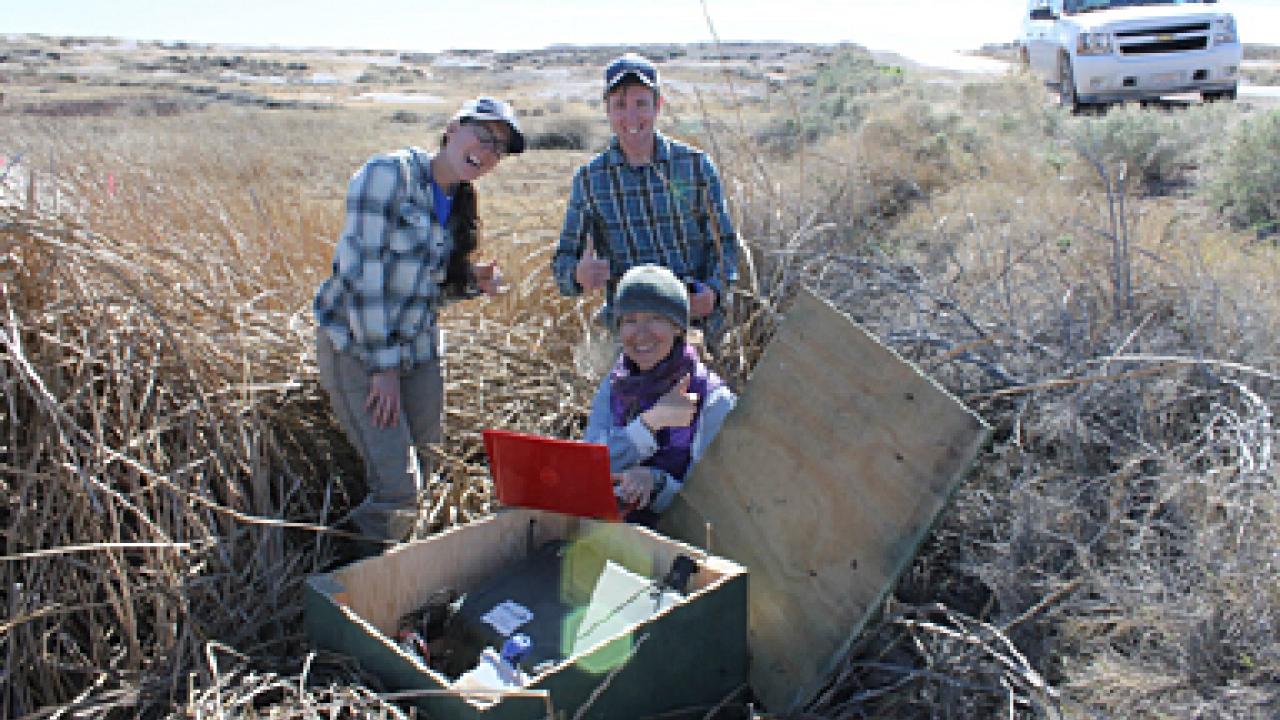 Back to the wild: evaluating how a captive colony of Amargosa voles (Microtus californicus scirpensis) and colony releases into the field promote recovery of the species

California Department of Fish and Wildlife

The UC Davis School of Vet Med section of the ad hoc Amargosa vole team will implement this project to advance the preservation of this endangered species from extinction, contribute needed research data on the species’ basic biology, and perform service to our federal and state agency partners mandated with protecting the species and its environment. The Amargosa vole (Microtus californicus scirpensis) is one of the most endangered animals in North America. It is a medium-sized rodent and only exists in rare marsh habitat in one small town in the middle of the Mojave Desert near Death Valley National Park. The Amargosa  vole team comprises the Bureau of Land Management (BLM), California Department of Fish and Wildlife (CDFW), U.S. Fish and Wildlife Service (USFWS), UC Davis, UC Berkeley, U.S. Geological Survey (USGS), Amargosa Conservancy, The Nature Conservancy, and Shoshone Village, and works to survey the status of the Amargosa vole across its range and address the significant threats: habitat loss, disease, predation, and loss of genetic variation.

In 2014 vole numbers were precariously low and CDFW obtained permission to conduct emergency salvage and create a captive breeding colony housed at UC Davis. The captive colony allows biologists an opportunity to gain incredible insight into the biology and needs of this species, serves as insurance against range-wide catastrophic loss, and provides animals for release to populate new marshes, restock restored marshes, or shore up extant marshes that periodically go below minimum population thresholds. Now that the colony has been established, and high-quality intensive data on the current range-wide status of the species are being collected, it is imperative that the needs and optimal strategic uses of the captive colony be evaluated and best practices be developed for using colony animals in releases to the wild.

The overarching goal of this payable grant funded by Section 6 Agreement F18AP00006 is to provide support to UC Davis to decrease the high extinction risk of Amargosa voles by maintaining them in captivity, developing methods to successfully release captive-reared voles into the wild, and synthetically assessing the roles of releases, translocations, marsh restoration, and no actions would have on vole population persistence under differing climate, drought, and human-induced stressor regimes.