This summer, I traveled to Taiwan in order to learn more about green sea turtles and their nesting sites on the islands off of Taiwan’s coast. During the first half of my summer, I shadowed Professor I-Jiunn Cheng and his students at the National Taiwan Ocean University in Keelung to learn about how his lab operates. When a sea turtle, live or deceased, is found washed ashore or trapped in a net, it is brought to a coastal guard office nearby where Dr. Cheng’s lab is phoned. A small team will then drive to carry out a basic check-up of the turtle or perform a necropsy and collect samples. I learned how to tag and microchip a sea turtle, assisted with physical examinations on live turtles, a necropsy on a deceased sea turtle, and the care of turtles in the process of rehabilitation. If the turtle is in good health, he or she will be tagged and/or microchipped after the exam and released back into the ocean on a quiet nearby beach. If the turtle is alive but sick, the team will bring it back to the school for rehabilitation and regular check-ups at the National Taiwan University Veterinary Hospital in Taipei. The lab is in regular communication with the veterinary hospital and takes care of the sea turtles according to the vet’s recommendations combined with the lab’s previous experiences of working with the species. When the turtle demonstrates proper feeding behavior and is deemed healthy, he or she is taken back to where he or she was found and released. The lab may contact local schools or authorities to ask if they would like to watch the release as an educational event, with the professor giving a talk before the turtle returns to the ocean.

During the second half of my summer, I traveled with a group of volunteers and research students to Lanyu, or Orchid Island, off the coast of Taiwan. Well known for its beauty, Lanyu is also home to the Tao people, an aboriginal group whose continuous preservation of their customs and practices draws many visitors. All of our field work was conducted at night. From 7 PM to 3 AM, we split into shifts to patrol two beaches that are visited by green sea turtle mothers. We listened for their movements and searched for their crawl patterns in the sand. After identifying a turtle by her flipper tags or unique shell markings, we monitored the turtle from a distance while she prepared her nest. During the entire nesting process, our team kept our interactions with the mother to a minimum so as not to startle her. While she lay her eggs, we carefully lowered a weighted string into the nest so that we could locate it once it was buried. When she began to cover her nest up, we took the opportunity to tag or microchip her, take samples, and take measurements before she began to move. After she left, we would use the string as a guideline to uncover the nest in order to move each group of eggs to a safer location. A rising issue on Lanyu is that the beaches are now more illuminated than ever. These lights often discourage the mother turtle from nesting, and as a result, most of the turtles lay their eggs on a relatively short stretch of beach that is still dark. This means that there is a high risk of a nest getting uncovered or smashed by another nesting female, or potentially by its own mother, if not relocated. After carefully excavating the eggs, we rushed them to a quieter beach where we would count and measure them before burying them at the same depth as a turtle’s nest. A month later, the hatchlings were brought back to their original nest’s location, where they were part of a study on their response to varying wavelengths of light and levels of shielding of the lightbulb before they were all sent safely back into the ocean. Since bright streetlights would be a source of confusion for hatchlings, who find the ocean by moving towards the brightest parts of the horizon, we hope that the results of the light research will be able to be applied on Lanyu and in other seaside towns. This trip allowed me to explore the island alongside a kind and passionate team who showed me a side to Taiwan I haven’t previously experienced and gave me the chance to learn from and form a connection with the locals that our work brought us in contact with. I certainly hope that I’ll be able to return and see where the team’s work is leading us in the future! 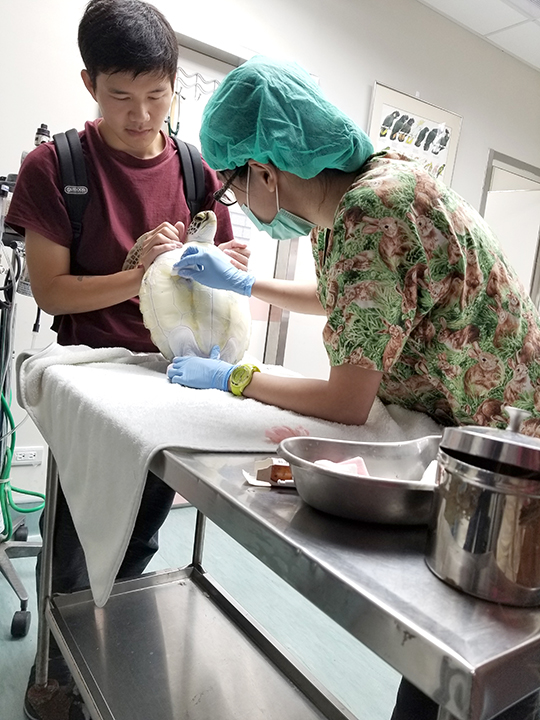 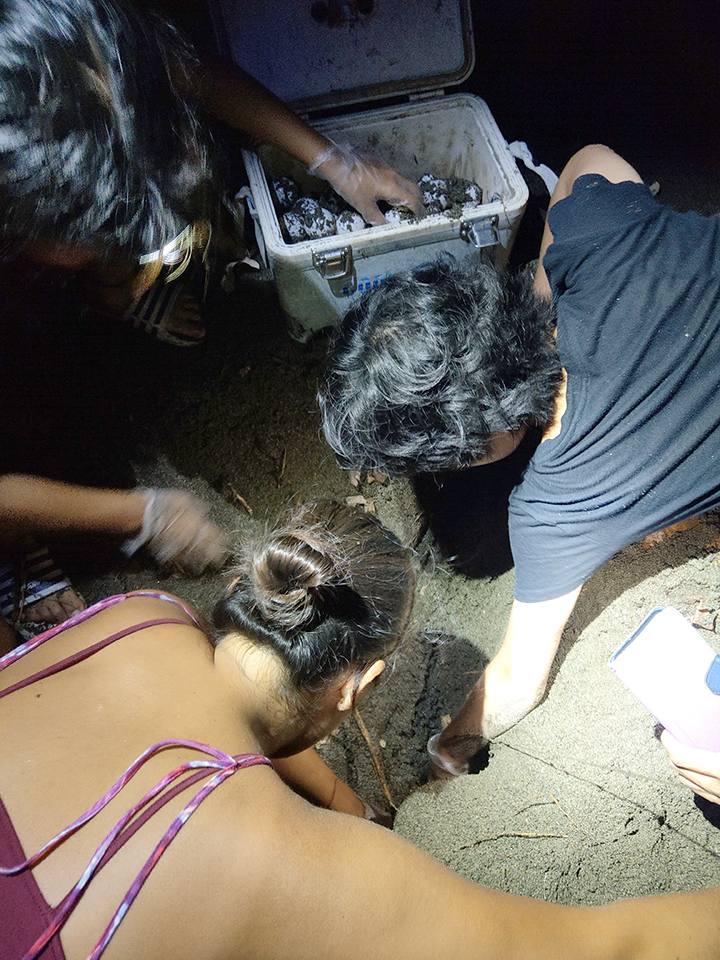 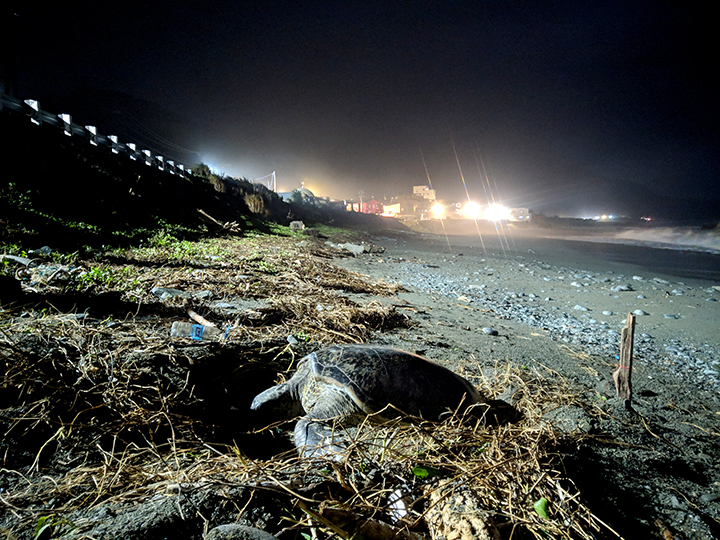