It was only one year ago when I threw caution to the wind and jumped on a last minute plane to Brazil with no knowledge of the language, housing, or what I was going to do with myself. As stressful as that plane ride was, I fell in love with the country and immediately started planning a longer return trip.

This summer I had the chance to spend an entire month alongside the veterinarians and animal care staff at the Aquarium in Sao Paulo, Brazil. The Sao Paulo Aquarium is the largest aquarium in all of Latin America with approximately 3000 animals of 300 species, both terrestrial and aquatic. With two veterinarians, a management team, and over 5 different animal care and education sectors, the aquarium is always busy. I was especially impressed with a specific animal welfare and enrichment department that worked together with each sector to create forward thinking protocols and ongoing research that make the aquarium a reference for other facilities and paves the way for high quality welfare and treatment of both terrestrial and aquatic animals. The aquarium maintains a number of partnerships with conservation programs throughout Brazil, namely rescue, rehabilitation, and research projects with manatees and tamandua, among many others.

Most of my time was spent with the two veterinarians, Dr. Laura Reisfeld and Dr. Paloma Canedo, where I participated in daily rounds, assisted with monitoring cases, and helped develop treatment options and diagnostic and surgical procedures. A majority of the procedures we performed were preventative exams, including exams on howler monkeys, giant otters, meerkats, and kangaroos. Bloodwork reference values and exam findings for a number of zoological species (like the tamandua) remains mostly unknown, so these annual exams allow the vets to record baseline values for each individual animal and catch any subtle changes before they develop into serious disease. I quickly got used to comparing lab values to two or three different published values, some in English and some in Portuguese. Lucky for me, medical terms and medication names are fairly similar in the two languages.

In addition to preventative exams, we performed a number of surgeries and medical treatments. We performed a mass removal on a goldfish, tube fed sick stingrays, and even made tiny splints for baby bearded dragons. Each day exposed me to new procedures and treatments. Among my favorite discoveries was the use of alternative medicine. Penguins with bumblefoot were treated with laser therapy and bandaging until surgery could be performed. Bearded dragons with broken legs were treated with laser and Chinese herbs in addition to surgery and analgesics. A white alligator with scoliosis was treated to monthly acupuncture sessions. These alternative therapies often complimented medical or surgical treatment and the keepers often reported noticeable improvements in the animal’s condition.

While the veterinarians worked on records, I worked on two animal cases- Lipe the Tamandua and Kora the Fur Seal. I read through and translated the patient records and then studied research articles and published reports on both cardiac disease in anteaters and ocular disease in pinnipeds to gain a better idea of the cases and possible solutions. Lipe, the tamandua, was diagnosed with moderate mitral valve insufficiency and began treatment for her cardiac disease during my time at the aquarium. Heart disease is very common in anteaters, but specific treatment options are not well studied. Kora, an adorable little fur seal, was blind when rescued off the coast of Brazil, but continued to have unresolved ocular disease throughout her years at the aquarium. While their treatment is ongoing, I hope to continue to follow their cases over time.

At the end of my month at the aquarium, I headed down to Guaruja, a small coastal town in the state of Sao Paulo, where I volunteered with a marine animal rescue and rehabilitation center, Gremar. While at Gremar, I assisted in animal husbandry tasks with sea turtles and aquatic birds. I also had the opportunity to monitor four different beaches for any stranded animals or dangerous beach conditions. Finally, I assisted the veterinarians with mass removals, blood draws, and fluid therapy.

As always, I found myself in love with the country, the culture, and the people. In classic Brazilian style, we had parties for each world cup soccer game, we even had parties for the month of June. Although Brazil did not win the world cup, it was a magical time to be in such a diverse and beautiful country.

Thank you to everyone who helped make this trip possible, the veterinarians who mentored me, and to Global Programs for the support during this incredible summer. Ate mais, Brasil. 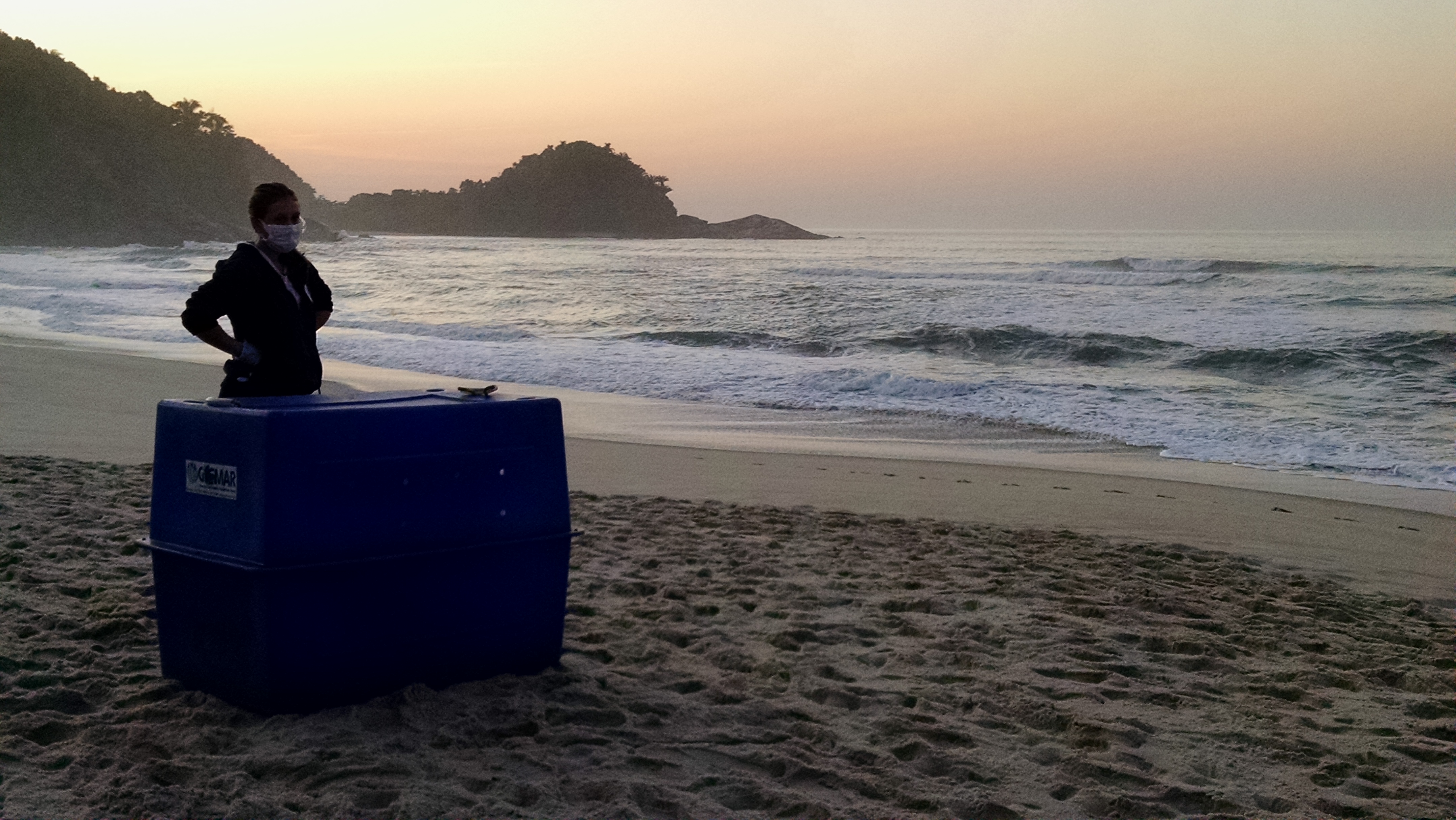 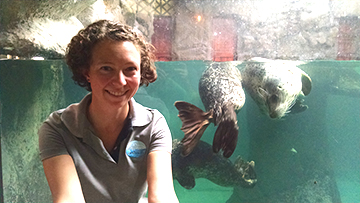 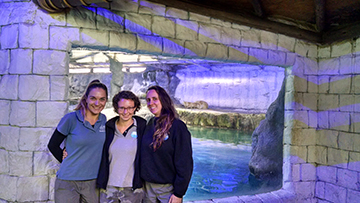