My summer in Spain was one of chasing wild boars, drinking cafecitos in the office, and eating lots of croquettas. Working at the Institute for Game and Wildlife Research (Instituto de Investigaciones en Recursos Cinegéticos, or IREC), who collaborate with my UC Davis mentor Beatriz Martinez-Lopez, I was able to briefly explore the world of epidemiology in a unique international setting. I sought to experience both the modeling and fieldwork side of epidemiology, and through Dr. Martinez-Lopez was able to do so within the context of Bovine tuberculosis.

Bovine tuberculosis is a worldwide zoonotic disease caused by the Mycobacterium tuberculosis complex that causes huge losses in the livestock industry and death in some endangered species, such as the Iberian Lynx. Though eradication programs have been largely successful, prevalence has plateaued at a basal level, and the obstacle to eradication has been the subject of great investigation. One explanation is reinfection from wildlife reservoirs, especially the wild boar in Spain. Spain makes a unique location to study this dynamic because hunting of wild boar is a popular sport and therefore wild boar populations are kept artificially high, making reinfection from wildlife a more relevant scenario.

The first part of my project took place in Ciudad Real, where I used retrospective data to map disease occurrence in various livestock and wildlife species. I worked in an office at IREC and practiced various spatial modeling tools with much help from my Spanish mentors, Pelayo Acevedo and Joaquin Vicente. The product was an integrated GIS map of disease variables, population, and climatic data at the municipality level. This data is currently undergoing further statistical analysis with the hopes of publishing a descriptive study on the dynamics of wildlife-domestic exchange of Bovine tuberculosis in Spain.

The second part of my experience was in Doñana National Park, found in the south of Spain and home to Europe’s highest density of biodiversity. I assisted a group of researchers from IREC in conducting fieldwork involving wild boar. We live trapped, sedated, radio collared, took blood samples, and released wild boar. We also performed a field necropsy on a wild boar shot by a park ranger and I was able to see the tuberculosis lesions firsthand.

Outside of research, I was challenged by cultural and language barriers. Little English was spoken by my coworkers, mentors, or locals in the city. My Spanish studies in school allowed me to not only communicate but learn new skills and ideas in a second language. In addition, it was thought-provoking to see firsthand how the philosophies of work-life balance and familial bond differ greatly from the US. The Spanish people were kind and well-receiving, which I hope to emulate to international colleagues in the future.

My time in Spain was mixture of scientific exposure and cultural challenges. I found both the epidemiological and international facets of this experience meaningful and plan to further pursue both. I am grateful to my mentors for supporting me and to the Global Programs Office for generously funding students to have incredible international experiences such as this. 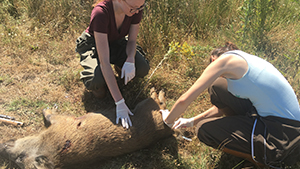 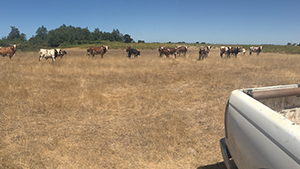 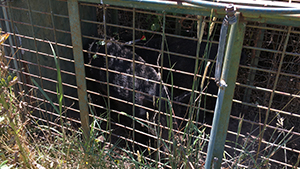